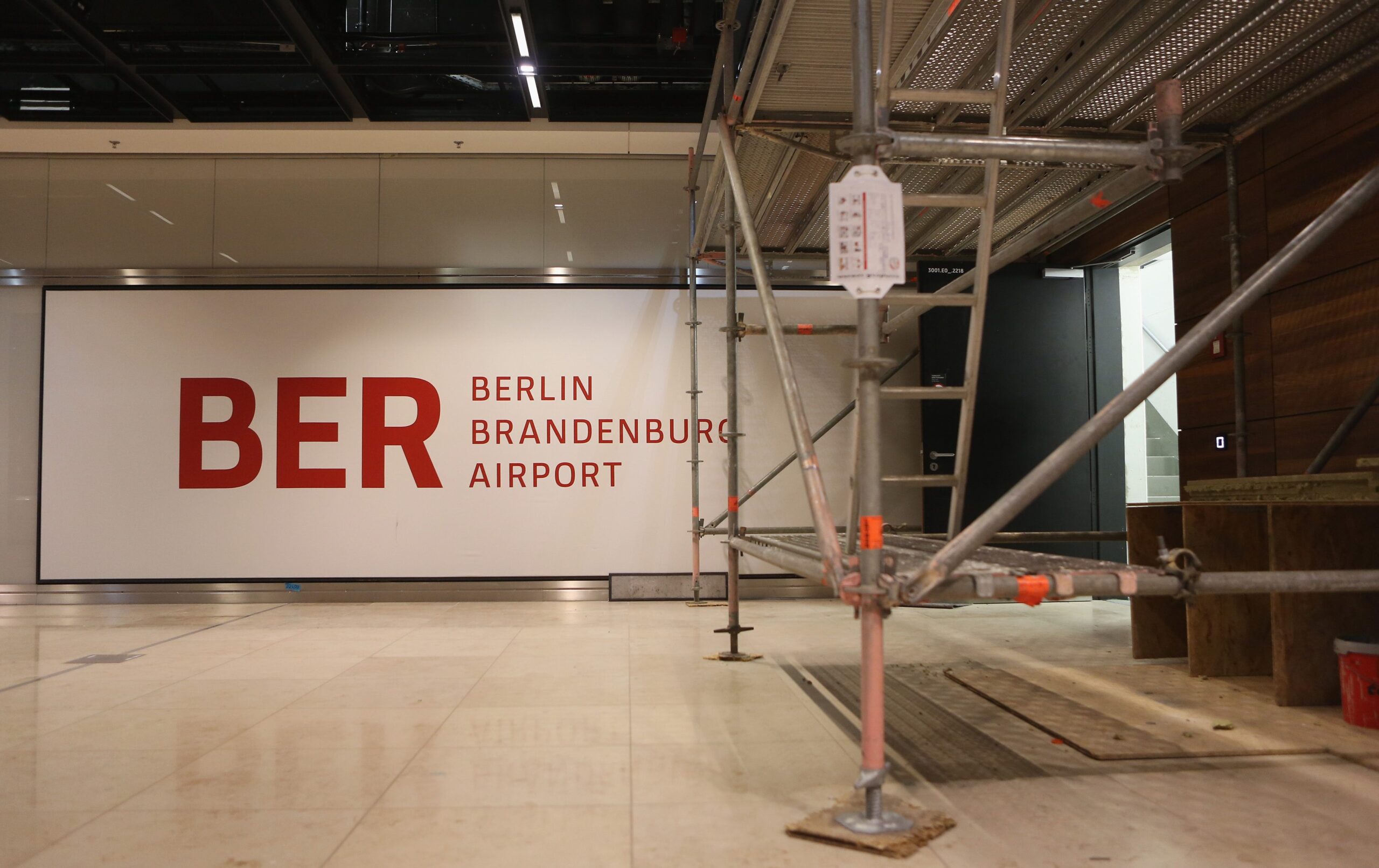 
When we say “new” that is a little bit of a lüge – the new EDDB is actually sort of consuming the old EDDB (Schönefeld) into its airport infrastructure, like the creature from The Blob. On October 25, Schönefeld Airport will become “Terminal 5” at Brandenburg Airport; and on November 8, neighboring EDDT/Tegel Airport will close and all traffic will switch to Brandenburg. At this point it will be the third busiest airport in Germany, and the fifteenth busiest in Europe.

The new airport does have some new buildings as well though. Terminal 1 will be the main terminal for the airport, with a train station situated in it for direct connections to the city of Berlin. Eventually a Terminal 2 will also be built.

Here’s the chart for Schönefeld Airport (i.e. how it looked before): 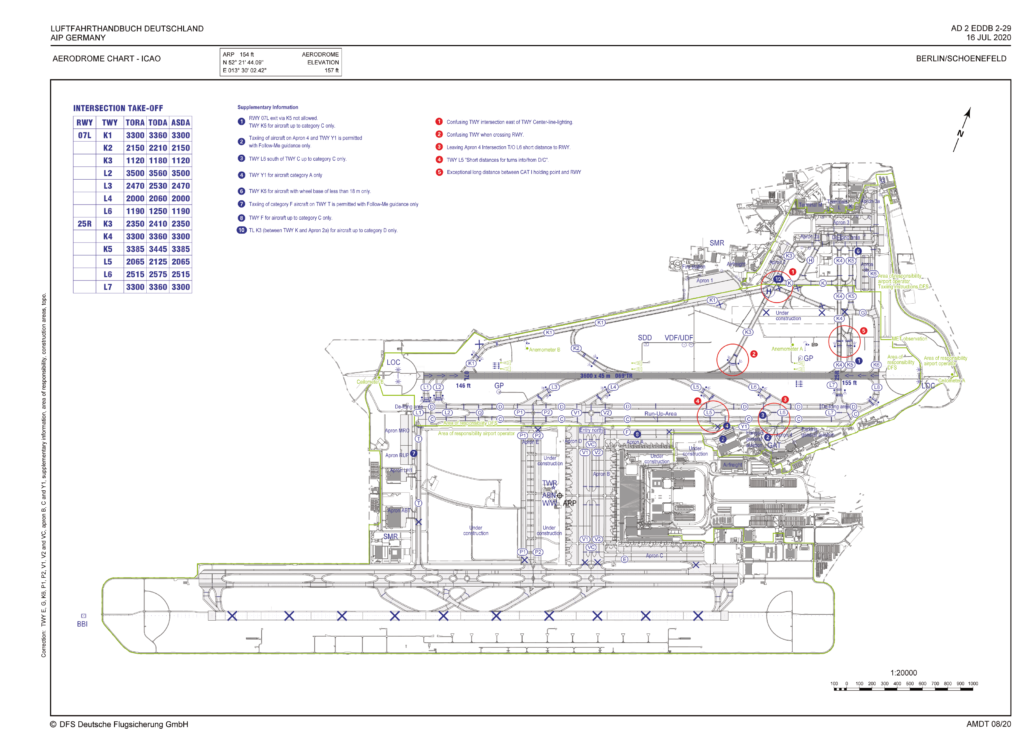 And here’s the chart for Brandenburg Airport (i.e. what it looks like now) 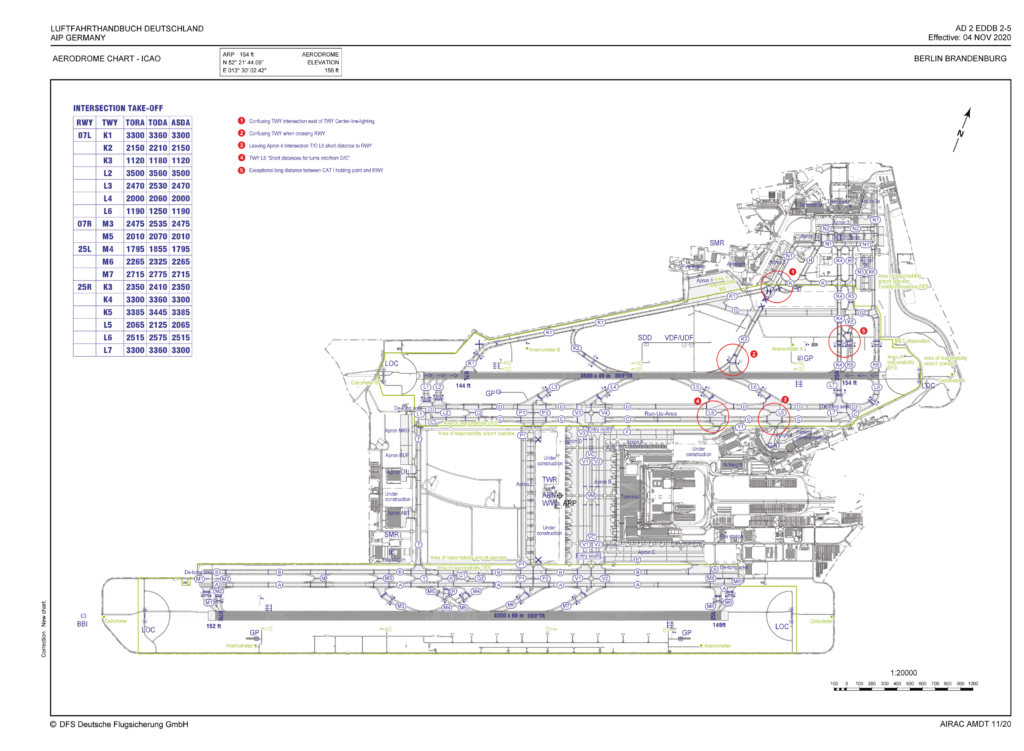 You can get your hands on the new airport charts via the European AIS Database. It’s free to register an account, and lists AIP info (including airport charts) for most countries in Europe (plus Kazakhstan and the Philippines too, for some reason).

October 31 will see EasyJet and Lufthansa both racing to be the “first” aircraft to operate into the airport. Rather un-excitingly they will land on the “old” runway though.

November 1 will see the first ever departure from Brandenburg International airport, with the Southerly runway expected to open up to traffic from November 4th.

Work on the airport actually started in 2006, and it was supposed to open in 2011, but nearly a decade later (and close to triple the original budget), it has only just been completed.

The airport suffered a range of construction, corruption and calamity riddled development which resulted in the near decade long delay. Everything from lift sizes to fire suppression systems to approach light power outages occurred.

But jump forward to May 2020 the airport finally received its operational licence, and on October 19th it completed its operational tests. These tests have been running since April (it takes a lot of tests to put a new airport through its paces) and with the rubbish bins made bigger, better signage and more clocks it is now ready to go – for passengers at least.

What about the airplanes?

Well, the important bits for airplanes have actually been up and running for a while now.

The airport will be controlled by Deustche Flugsicherung from their impressive 240ft (72m) tower, which has been operational since March 2018.

The general aviation terminal is located to the north of EDDB, and the main FBO for Schönefeld is still there.

What else can we tell you? 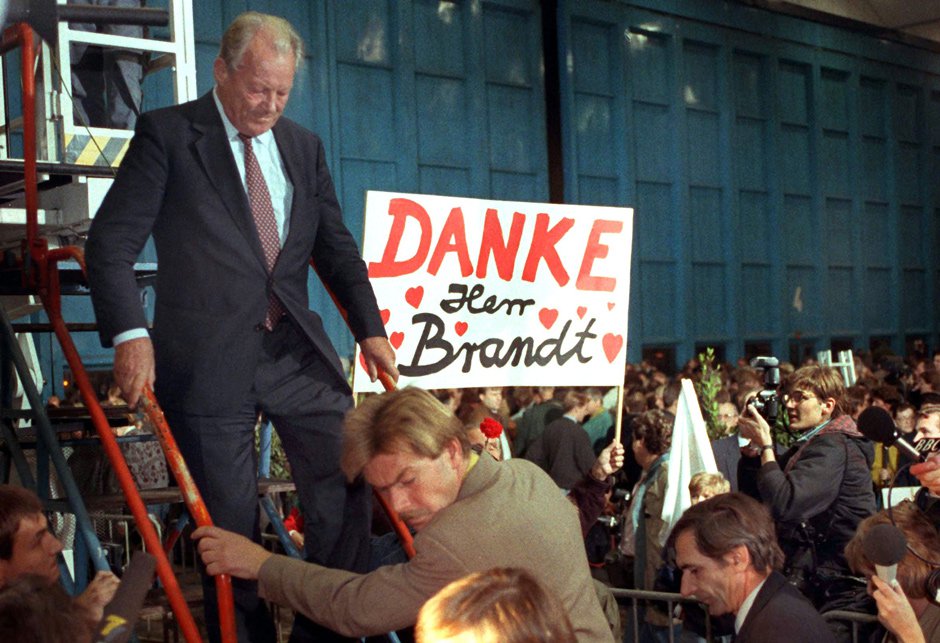