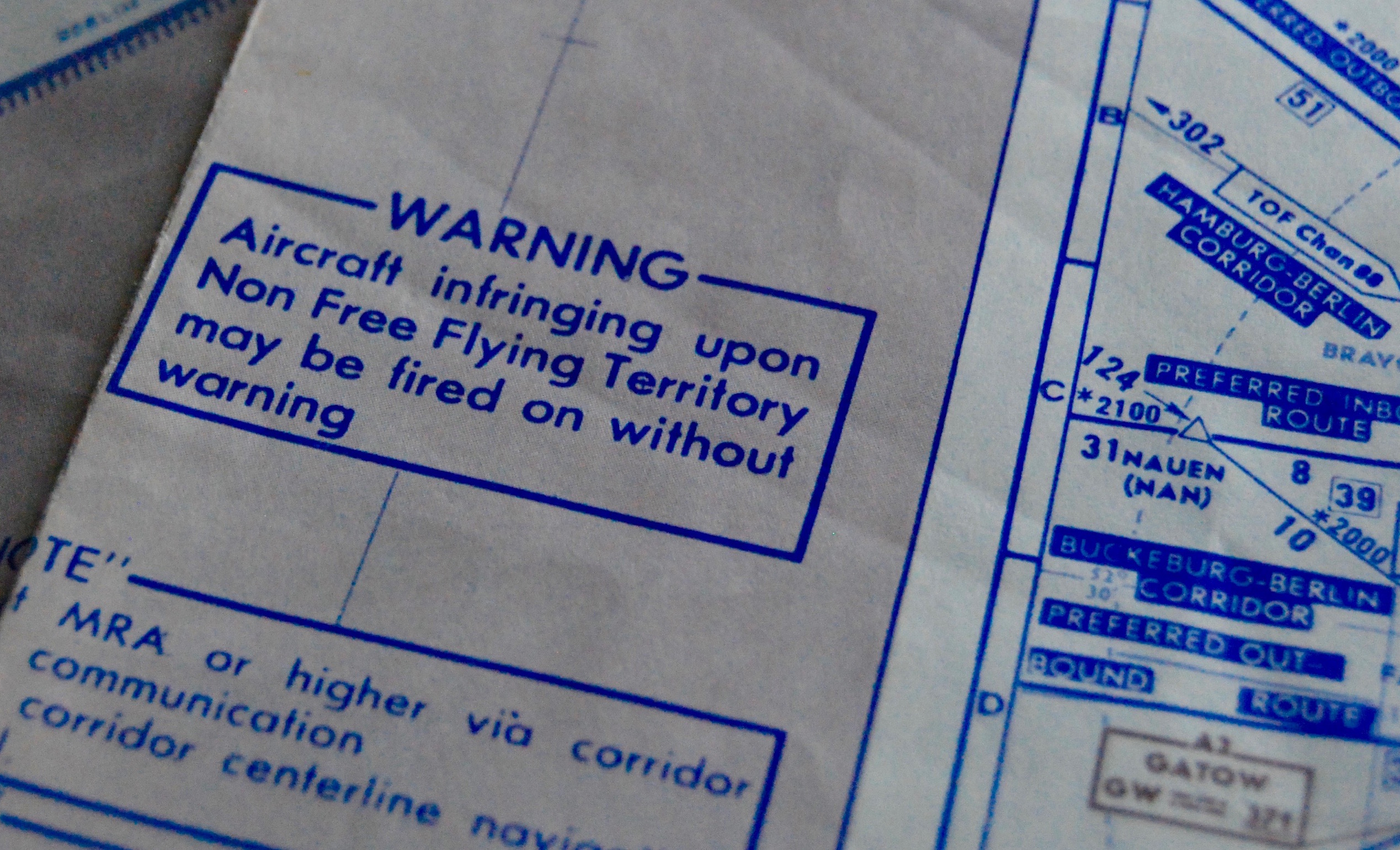 
It’s a generation ago, and the airway chart landscape is unrecognisable today. For 40 years however, there were only three tiny corridors that allowed a flight into East Germany. In terms of International Procedures, this was one that you really didn’t want to get wrong.

Looking back, it’s fascinating to see the restrictions that were placed on international operators flying into Germany. The warnings are printed in bold. Aircraft will be fired upon. And that threat from the Soviet Union was real – most of us recall the shooting down of Korean 007 in the Sea of Japan in 1983 – and, lesser known, another Korean flight – Korean 902 – over Murmansk in 1978.

Assuming you kept to centreline, the Soviet authorities limited overflight to FL95, and if there was an aircraft in front of you, even a turboprop, you slowed down to follow; no overtaking was allowed.

In practice, therefore, the centre corridor was the most used, because it was the shortest and limited the time restricted to FL95. Traffic was controlled by the Berlin Air Route Traffic Control Centre (BARTCC), and monitored by these guys at the Berlin Air Safety Centre – who issued the overflight permits required. 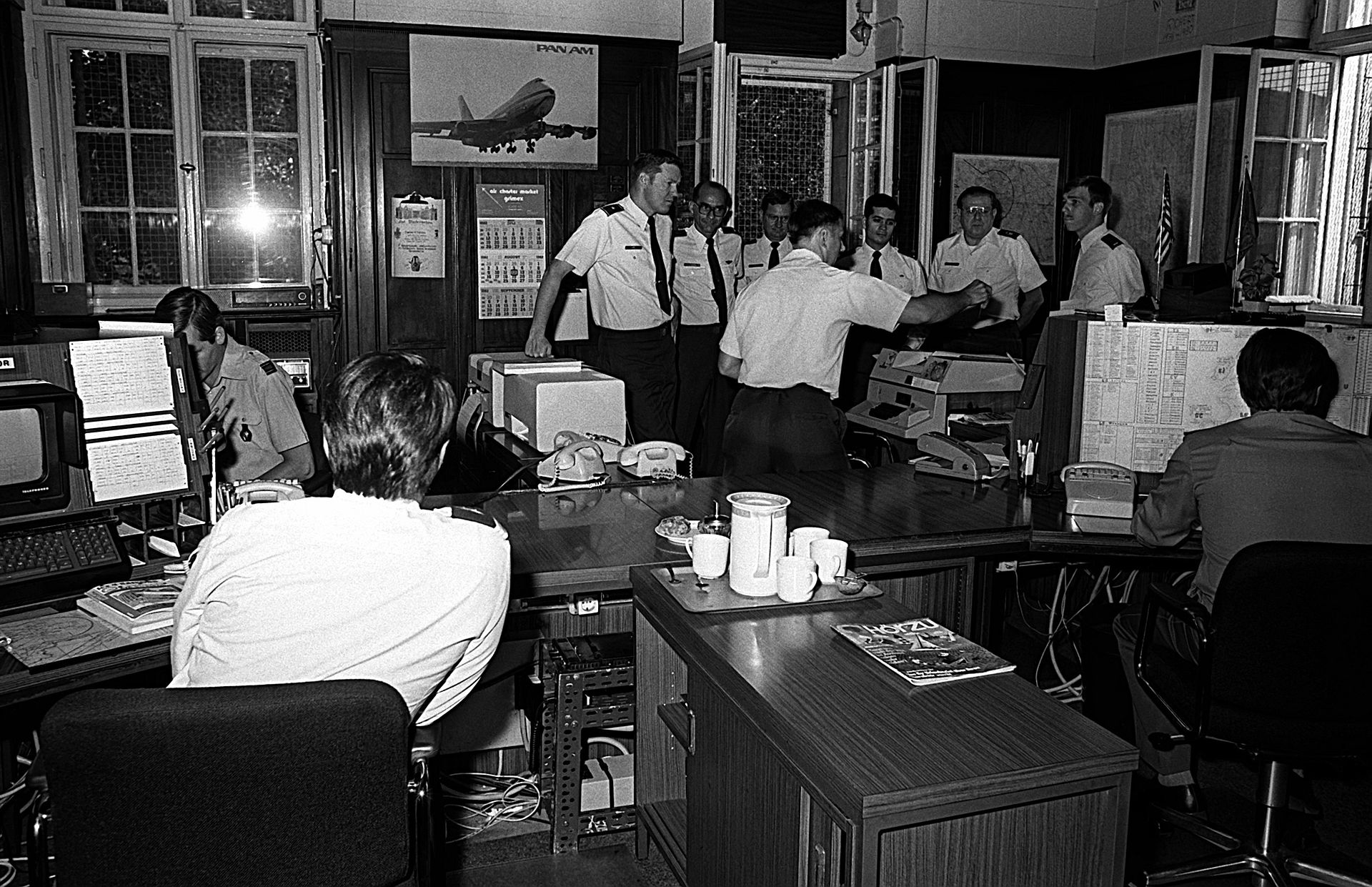 A request for an overflight permit for East Germany resulted in one of three outcomes:

Radar coverage from the Berlin ATC Centre is shown below. In 1952, an Air France flight from Frankfurt to Berlin, operated by a DC-4 came under sustained attack from two Soviet MiG 15 fighters while passing through one of the corridors. The attack damaged the aircraft severely, and the PIC made an emergency landing at Tempelhof with two engines shut down. The Soviet military authorities claimed the Air France plane was outside the air corridor at the time of attack. 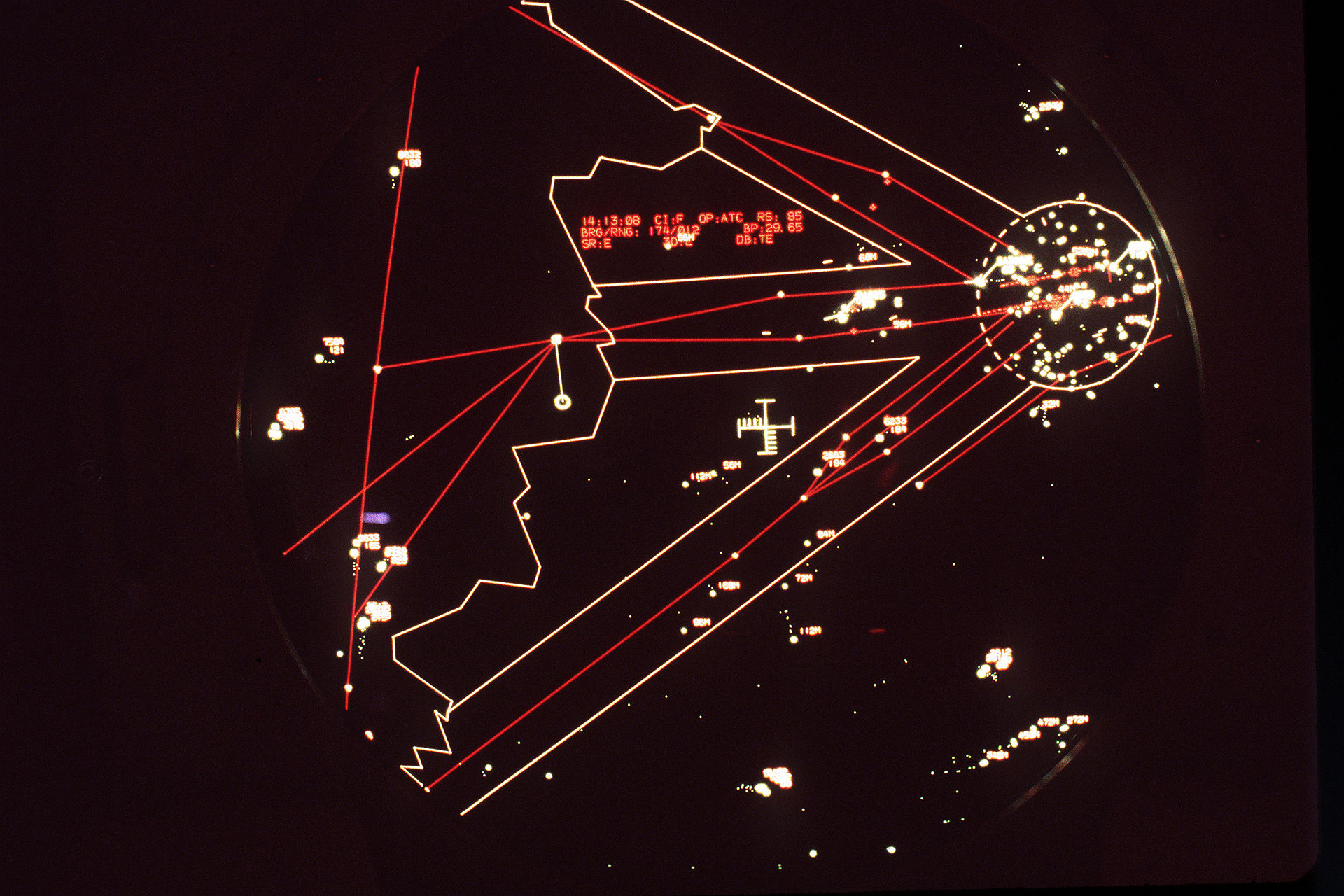 This chart from our own archives shows the Airways structure in 1970. 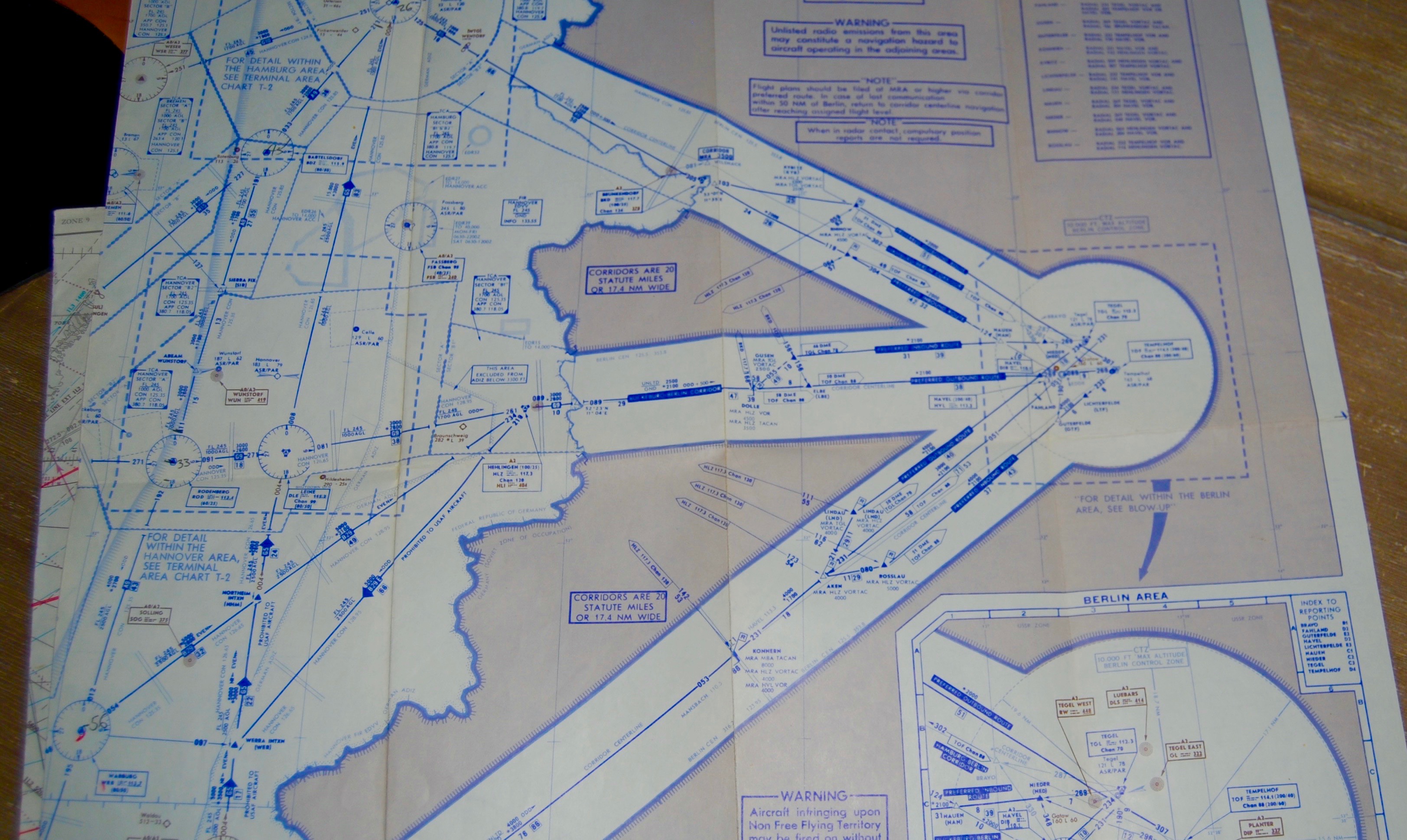 And so to today. Long forgotten restrictions of the past, right? Well, not really. We only have to look a little further north-east, about 500km – and we find the Kaliningrad FIR – in some respects an ongoing relic from the Cold War. 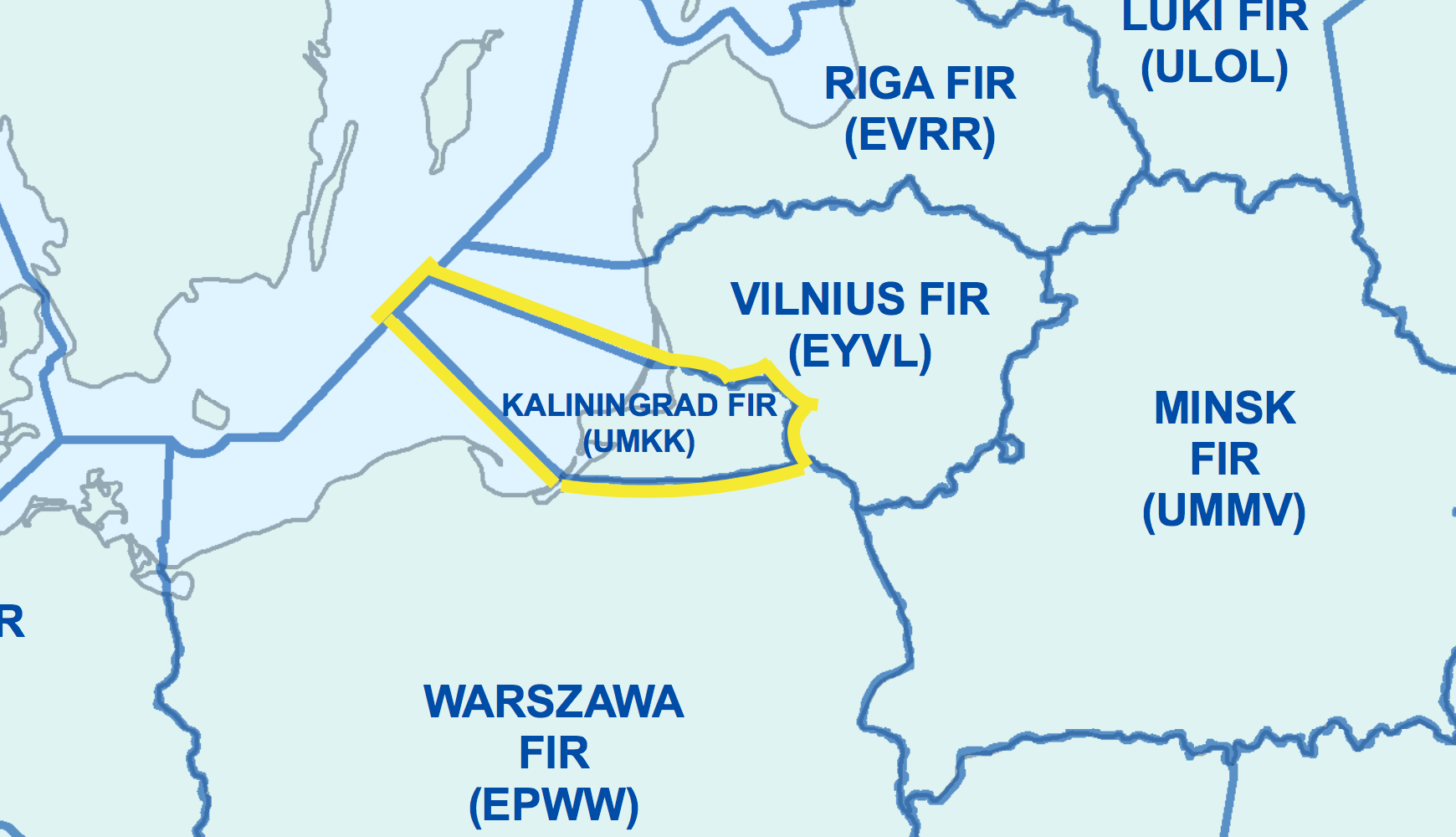 It sits neatly into the Eurocontrol Upper Airspace Map, but in practice, it doesn’t fit into the European ATC picture quite so comfortably. If you squint closely at the skyvector chart for the area, you’ll see that the airways in the Kaliningrad FIR are black – and everywhere else is blue.

This is because, first of all, prior permission is required from Russia to overfly the FIR, as Kaliningrad – until 1945 part of Germany –  is an “Oblast” of the Russian Federation. This permission must be obtained from Moscow at least 72 hours prior to flight using Form N, and on approval, is valid for 48 hours.

Looking more closely, you’ll see that there aren’t a lot of useful routes – and they don’t line up with the rest of the system. Few airlines, and even fewer private flights, operate through this airspace. Your most likely route north-south will take you to BOKSU – squeezed in between Kaliningrad and Belarus – not as restrictive, but still requiring prior permission.

Similarities between Kaliningrad and Berlin end there, but there are enough to be of interest to the international operator.