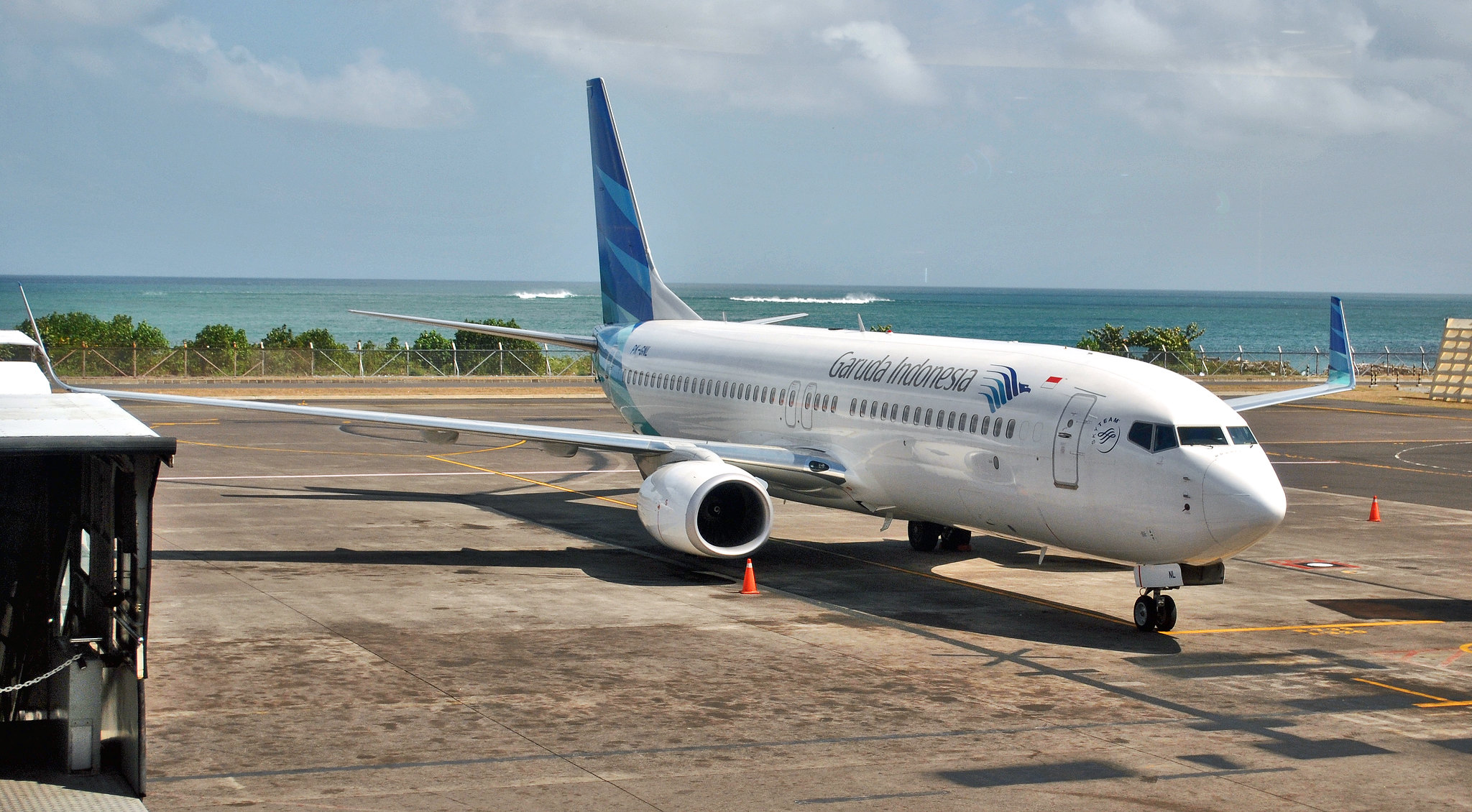 Aviation in Indonesia: How safe is it?

Aviation in Indonesia: How safe is it?


If you haven’t watched Worst Place To Be A Pilot then take a look. The series follows Susi Air pilots who fly into some of the most remote and dangerous airports around Indonesia, taking supplies to local tribes.

This post, however, is looking at some of the threats that might be present for larger commercial operations. Indonesia poses security, environmental, and operational risks to flights, and recently these risks have been increasing in severity.

What is the security situation?

Indonesia does not rate as a risk on our SafeAirspace site because the risks are ground based. However, there are threats to security risk of flight disruption which are worth considering.

Islamic State affiliated militants are active in the Surabaya region to the west of Bali, and attacks have been increasing since 2018. However, these are generally ‘low capability’ attacks with no immediate threat to flight operations. Security at the major international airports is good, and these groups are unlikely to present a serious threat. 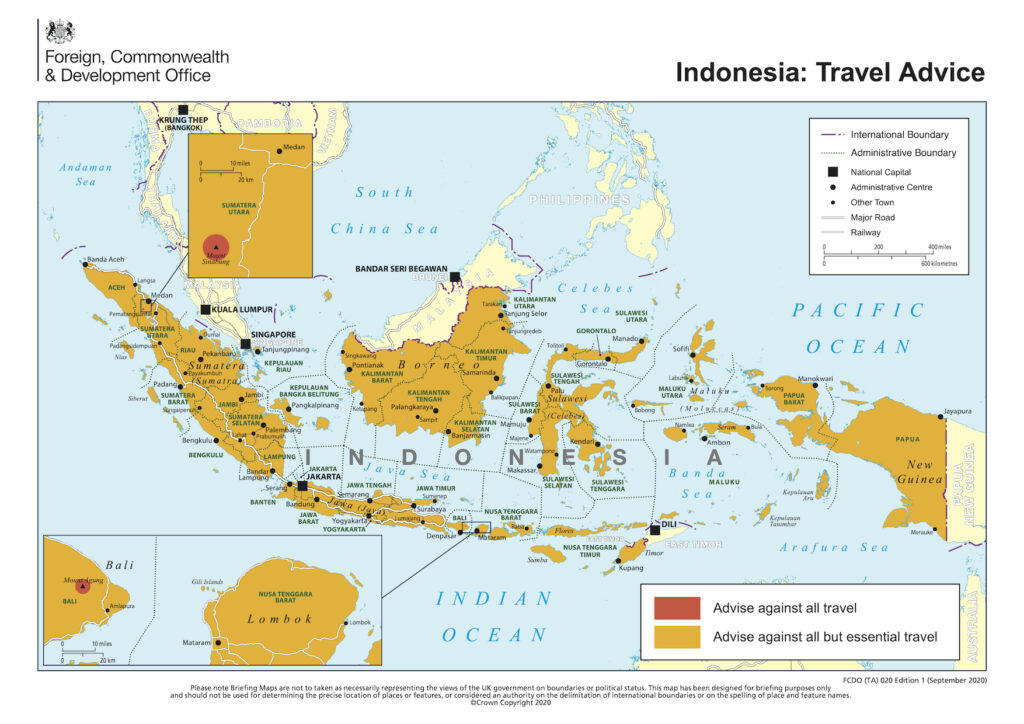 However, there has also been an increase in insurgency movements, particularly in the Papua Province to the east, with groups targeting security forces with the intention of disrupting flight operations. In April, a militant group attacked Aminggaru Airport in the Ilaga District and torched a private helicopter. Similar attempts have been occurring since January 2021 with increasing frequency.

Particularly in more rural regions, businesses rely on air transport to bring goods in, and by disrupting these through direct attacks on the airports, aircraft, or by targeting security groups, the insurgents intend to damage both the foreign businesses, and social stability.

If you are operating in you can expect heightened security measures and increased military and security personnel. Possible disruption is also likely so contact handling agents in advance to confirm any security or risk. 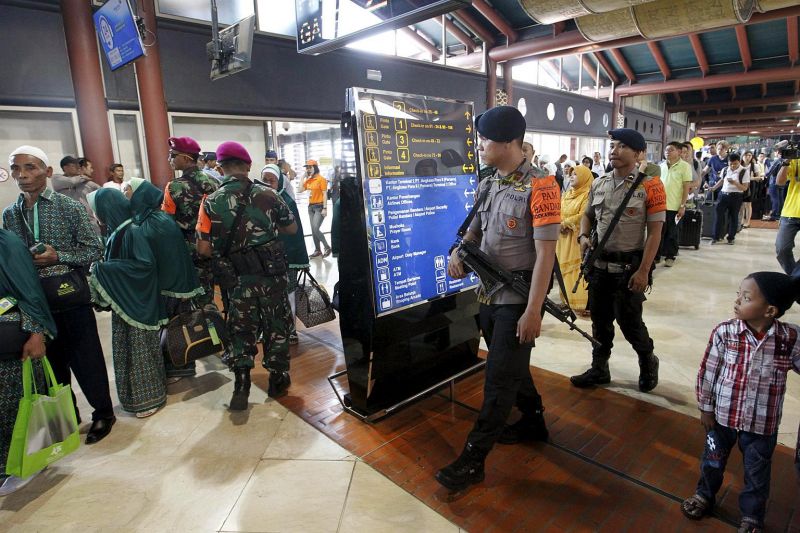 Security in airports is increasing response to attacks

Transport infrastructure is poor in Indonesia, especially in rural regions. Which brings us back to The Worst Places to be a Pilot – many rural villages, especially in mountainous areas, are extremely cut off. So they build runways, and Susi Air fly in food and supplies. Probably not the places you are planning to fly though.

Indonesia does have some major airports and the standard between these, and small domestic airports is marked. WIII/Soekarno-Hatta (formerly Jakarta) is a major international airport with three runway options, the longest being 07R/25L at 12,008’/3660m. However, they are only equipped to CAT I capability and during the monsoon rains, visibility can be seriously degraded.

Aside from Jakarta, you also have WIMM/Medan airport serving the Sumatra region in the north, WADD/Denpasar serving the Bali region and WARR/Juanda serving the Surabaya area.

Keep an eye on weather forecasts and take additional fuel during monsoon season. Pre-briefing the taxi routes and maintaining a high level of situational and traffic awareness on the ground is important. 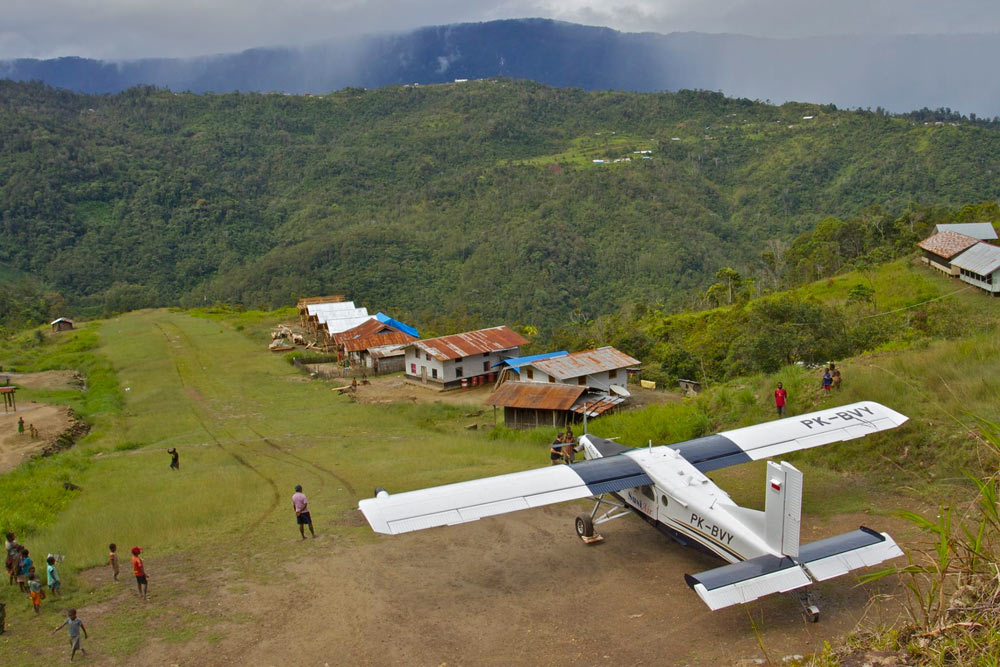 Indonesia has some of the most remote and dangerous airports

Do I need to worry about poor Safety Standards?

Indonesia has had a very high number of serious air accidents. Since 2001, there were at least 40 accidents resulting in fatalities in Indonesian airspace, giving Indonesia one of the worst safety records in the region. In January 2021, a Swirijaya Air 737 crashed into the Java Sea – preliminary reports suggests poor maintenance and weather were primary factors.

Past accidents have been attributed to poor pilot training, mechanical failures, air traffic control issues and poor aircraft maintenance leading to 59 Indonesian airlines which are currently banned from flying in EU airspace.

IATA forecast it will become the sixth largest market for air travel over the next decade or two. Much of the issue with safety has been down to the rapid expansion of the industry with little oversight or quality control during the initial expansion. However, this has been improving recently with a focus now on licensing for operators, pilots and ATC within the country, along with better maintenance standards and technical skills.

So, if you are operating into the larger international airports, ATC, facilities and general standards at these is ok. However, if you are flying to smaller regional airports, watch out for below standard ATC and maintenance, and caution procedures of other aircraft in the area.

The FAA currently rates Indonesia as Category 2 in its International Aviation Safety Assessment program which includes areas such as inspection procedures and technical expertise. If you are operating in, it is still a good idea to use a handling agent and maintenance company who work with major airlines and have a proven work standard and reliability. 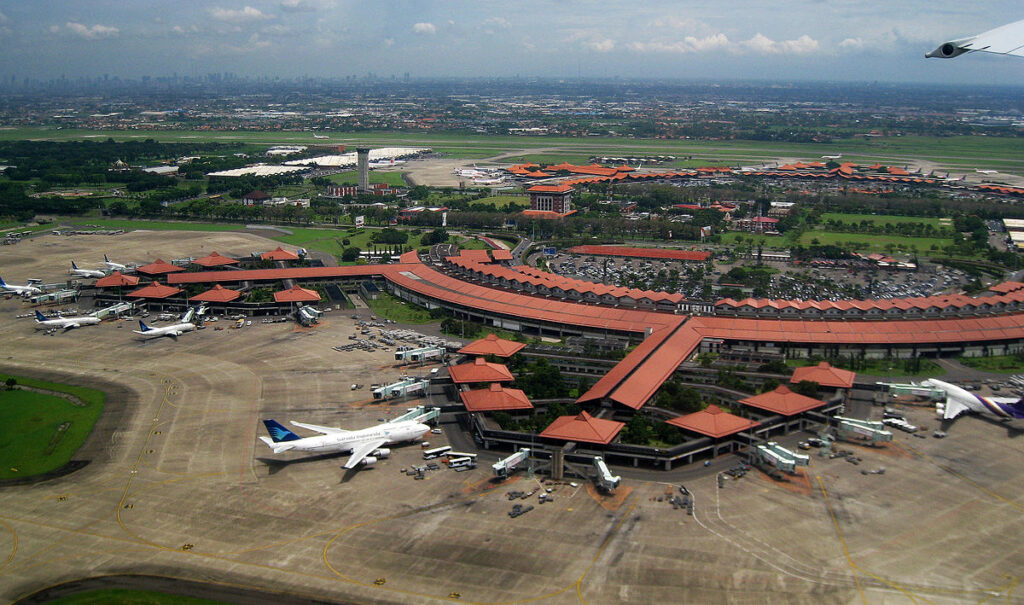 Are there any Airspace Issues?

Back in 2019 we wrote this about Indonesian airspace. They are strict about overflight permits and if you are operating in the Singapore FIR and accidentally stray into Indonesian airspace they don’t like it. At best, they issue a fine, at worst you will be intercepted by Indonesian Air jets and forced to land to be detained in Indonesia. During the monsoon and storm season, early planning for weather avoidance is important to avoid this.

Indonesia has mandated ADS-B throughout its airspace. Overflight control is generally of a decent standard.

Keep an eye on volcanoes

Mount Sinabung (sounds sort of like Cinnabun) is one of the most active volcanoes in the ‘Ring of Fire’ region. It is currently on alert level 4, which means ‘highly dangerous’. There is a 7km exclusion zone around the volcano.

The volcano erupted in February 2021, sending ash up to FL400. The ash was blown over water so operations into nearby WIMM/Medan airport were not impacted. 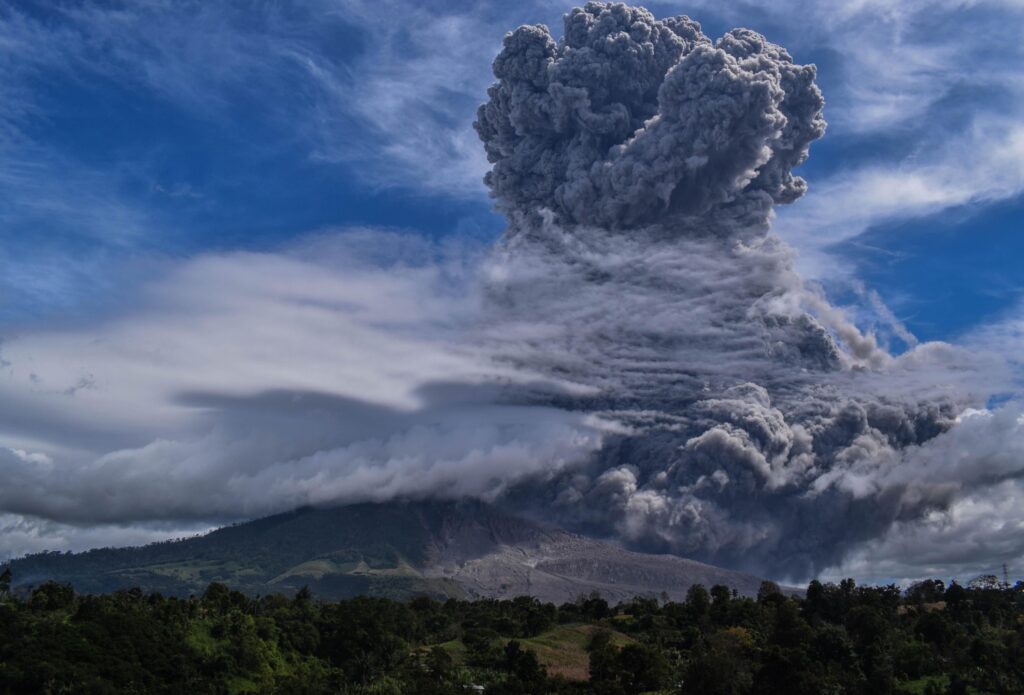 Keep two eyes on the Weather

Indonesia has a big monsoon season and is prone to abundant rain, which often leads to abundant flooding. Delays are likely and extra fuel should be carried. ATC are generally ok, but with congested airspace they may not be the most efficient or responsive in high workload, bad weather situations.

Improvements to Indonesia’s infrastructure continue, and they are paying attention to international concerns regarding their standards and safety.