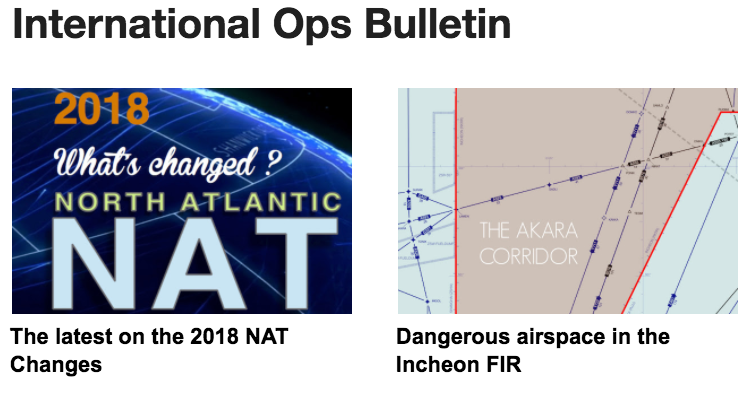 VGZZ/Bangladesh has decided to establish an ADIZ over the entire country, including a massive chunk of airspace off their south coastline that actually extends over much of the adjoining Indian VECF/Kolkata FIR. Aircraft intending to fly into, through, or within this new Bangladesh ADIZ must now obtain an ADC (Air Defence Clearance) number beforehand – they will send it to you by AFTN, after you file your flight plan. Make sure you write it down, as they will ask you for it on HF before you enter their airspace. If you don’t have AFTN access, you can get the number by calling +880 2 8901081 or emailing adnc@baf.mil.bd. There are a bunch of airways over the ocean (P646, N895, M770, L524 AND W112) where you won’t have to get this ADC number, unless you deviate towards the landmass of Bangladesh. Read the full AIC here: http://www.caab.gov.bd/aip/sup/aipsup01-18.pdf

VABB/Mumbai Ongoing runway maintenance until Feb 17. The main runway will be closed daily from 0430-1130z, except Wednesdays. The second runway will be open during this time, but expect delays due to volume of traffic.

MKZZ/Jamaica The state of emergency that was declared for parts of St James (which includes Montego Bay) has been extended to May 2. A major military operation is now underway, in response to recent violence including shooting incidents. Travellers are no longer being told to completely avoid the area, but just to limit their movements outside of resorts, and take particular care if travelling at night.

BKZZ/Kosovo Following reports revealing multiple breaches of security protocols, NATO peacekeeping troops have taken back control of the Air Traffic Tower of Kosovo’s International Airport, ten years after transferring competencies to local authorities. Last year, the airport officials tested security – an armed man was able to reach a plane, someone else smuggled a suitcase bomb on board, and another individual was able to reach the radar room.

LLBG/Tel Aviv Syrian dictator Bashar Assad has threatened to fire missiles at LLBG airport if Israel carries out any further attacks on Syrian soil. Israel has struck both Syrian government and Hezbollah targets in Syria on numerous occasions recently, in an attempt to prevent the government from obtaining weapons from Iran and then passing them on to Hezbollah.

KZZZ/USA Flights across the south-western U.S. may get delayed over the next few weeks due to the massive annual ‘Red Flag’ military exercise that’s going on out of Nellis Air Force Base in Nevada. Navigation systems may disrupted or jammed completely – at any altitude. The Las Vegas area will see most of the direct impact from the exercises, with some flights potentially being re-routed away from KLAS airport due to increased flight traffic in the area. Expect delays across the region of 30 minutes or more during peak exercise hours, and particularly on Thursday, Friday and Saturday nights. The war games should be finished by Feb 16.

OYZZ/Yemen Heavy fighting has intensified in Aden over recent days, forcing OYAA/Aden Airport to close for three days, as separatist forces seized government buildings in what Yemen’s prime minister called an attempted coup. The airport has since reopened, on Feb 1. The southern city has served as the government’s de facto capital since 2014, when the Houthi rebels seized control of Sanaa in their fight against the state. OYSN/Sanaa airport is still controlled by Houthis, so that will remain closed to all flights for the foreseeable future.

CYZZ/Canada A strong winter storm is affecting flights across eastern Canada. On Jan 31, cancellations continue for a second day in a row at CYHZ/Halifax airport, where over 20cm of snow fell overnight. Schools, roads, businesses and government offices are closed across the region. Expect travel disruption over the next few days.

OJAM/Amman The city’s second airport (OJAI is the main one) will now only be available to aircraft below a MTOW of 25,000 kg. (And remember, it will be closed to everything except emergency and VIP flights each day from 09-15z until Feb 16.)

SKZZ/Columbia A temporary ceasefire between the Colombian Government and the National Liberation Army (ELN) ended on Jan 8. The ELN has since renewed its attacks on the Colombian state. There were a series of bombings over the 27-28 Jan weekend in Barranquilla, which resulted in multiple deaths and injuries. The U.S. government has warned against travel to several departments throughout the country due to crime and terrorism.

OEZZ/Saudi Arabia On Jan 30, Houthi rebels in Yemen claimed they had launched a long-range ballistic missile at OERK/Riyadh Airport. So far there has been no corroborating evidence for this – there were no reported disruptions at the airport or any reports of a missile impact near Riyadh. But at least 3 other missiles are reported to have been intercepted by the Saudi air defence system so far in 2018 – none have resulted in casualties, but operators should consider carefully operations to Saudi Arabia.

RCZZ/Taiwan Some Chinese airlines have been forced to cancel hundreds of flights to Taiwan that were originally scheduled for the upcoming Lunar New Year holiday, after Taiwanese authorities refused to approve the flights. This is the latest in an ongoing airspace row between the two countries, after China opened up an airway close to the FIR boundary earlier this month – without consulting Taiwan.

RKZZ/South Korea The 2018 Winter Olympics will be taking place from Feb 9-25, in a remote area of northeastern South Korea, some distance from airports in the Seoul area. RKNY/Yangyang Airport is right next door to the venue: it’s an AOE, it will be open 24hrs during the event, but GA/BA flights will be limited to a maximum of 2hrs on the ground. Best bet will be to drop-and-go, and reposition to either RKSS/Seoul or RKSI/Incheon for parking – those two airports should both have capacity, although RKSS is probably the better option, as overnight parking is more limited at RKSI with only three spots currently available for GA aircraft.

GOZZ/Senegal For flights to Dakar, from now on you’ll have to use the new international airport they’ve recently opened 50km outside the city, called GOBD/Blaise Diagne International Airport. The old airport (GOOY/Dakar) is now just for military use only.

OIZZ/Iran A snowstorm has blanketed much of western and northern Iran, causing power outages and road closures. OIIE/Tehran airport was closed on Jan 28 as the runways had to be dug out from under 70 centimetres of snow, and OIII/Mehrabad was also temporarily closed. All airports have since re-opened, but expect travel disruption across the region over the next few days.

OTZZ/Qatar UAE military aircraft will now start flying alternative routes over Saudi Arabia in an effort to avoid contact with Qatari fighter jets which intercepted two passenger planes earlier this month. A spokesman from the UAE airforce has said: “We have directives from our leadership not to escalate the situation in response to the Qatari provocation in order to maintain regional peace and stability and ensure the safety of the international air navigation and lives of passengers and air crews.”

OAZZ/Afghanistan There has ben a marked surge of violence in Kabul with four major attacks in just over a week: an ambulance bomb, an attack on a military academy, an aid agency and a hotel. Don’t consider landing or diverting anywhere in Afghanistan – nowhere is safe. Overflight advice averages out at a minimum FL250, though as with other mountainous countries we think FL320 is a better starting point.

SASA/Salta Argentina’s main airport for visitors to the Andes, will be completely closed to everything except helicopter ops from Apr 15 to May 5 for runway repairs. During this time, flights will be diverted to SASJ/Jujuy instead.

RPZZ/Philippines After being temporarily closed due to eruptions from the nearby Mayon Volcano, RPLP/Legazpi airport has now reopened to commercial flights: VMC only, from 2130-1330z. Although there have been fewer reports of ash clouds in the vicinity at the higher flight levels, the volcano is still very much ‘active’, and more explosive eruptions are possible. RPLL/Manilla airport has implemented a five minute restriction for aircraft departing the airport on certain airways, due to the ongoing volcanic activity.

ZBAA/Beijing For charter flights, ZBAA airport authorities have said they will not accept any new requests between now and Mar 31, at the earliest. No official document has been published on this, and the authorities have said it will not be published on the Notams either. For GA flights, the same rules apply as usual: maximum 24hrs parking, no ops allowed from 23-01z, and an aircraft cannot have two peak hour slots between 01-14z during one day. Many operators choose to go to ZBTJ/Tianjin instead, or ferry there for parking.

KJFK/New York The airport authority has confirmed it will set up an emergency ops centre, so that during future severe weather events the 6 privately owned terminals can all assist one another when gates are scarce. There was no such coordination during the winter storm earlier this month, which resulted in total gridlock at the gates and some aircraft being stuck on the ramp for hours.

GBYD/Banjul Gambia’s Tourism and Culture Minister has spoken out about “rampant corruption” at Banjul airport, with customs officers reported to be regularly stealing phones and money from some passengers arriving from abroad. The problem has apparently gotten so bad that many Gambian citizens who are resident abroad now choose to fly to Dakar in Senegal instead, when making trips back home.

UUZZ/Russia Russia’s Federal Tourism Agency has reported that hotels in the 11 host cities for the upcoming 2018 FIFA World Cup are hiking their prices ahead of the tournament. Some hotels, even those with zero stars, have raised prices by more than 5,000 percent during the tournament, which will be taking place from June 14 to July 15. Russian authorities are also warning travellers to watch out for fake ATM’s – only ones connected to banks should be used. Russia is expecting at least 1.5 million travellers to visit the country during the World Cup.

KMSP/Minneapolis There’s a Super Bowl TFR Notam in place from 2130z Feb 4 – 0600z Feb 5. GA/BA that intend to operate into or out of the 10nm circle around the stadium must use either KMSP/Minneapolis or KTSP/St Paul airports, and have to register with the TSA by 0200Z on Feb 02 at the latest. Do that by calling 612-486-5453. Unless you’re going for the game, best avoid the area completely during this period. Parking and services at the airports in the area will be challenging because of the amount of traffic expected. Full details of the TFR are here: http://tfr.faa.gov/save_pages/detail_8_2612.html