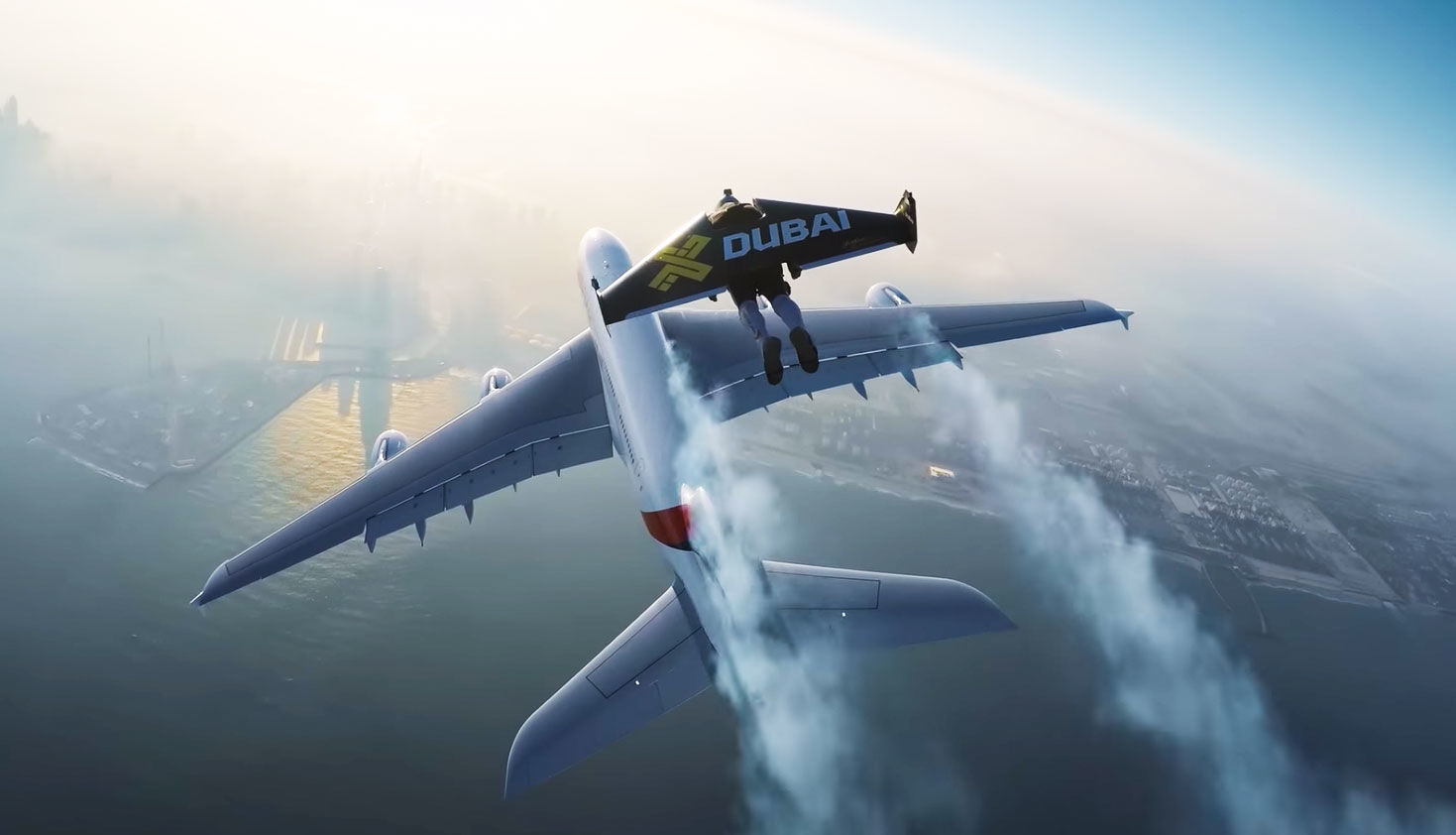 
Mystery in LA! There were two separate reports of a man in a jetpack flying uncomfortably close to arrivals at KLAX/Los Angeles on Sunday evening. The airborne offender was spotted by jets who were on approach at 3000 feet, and estimated to be at a distance of 300 yards. Unsurprisingly, he or she successfully evaded authorities and their identity remains unknown…

Listen to the actual radio transmissions between the pilot and the tower here:

Fox 11 reported a Skywest pilot also confirmed the sighting:
Skywest Flight: “We just saw the guy passing by us in the jetpack.”

Then the tower alerted an incoming Jet Blue flight to the reported hazard:
Tower: “Jet Blue 23, use caution, a person in a jetpack reported 300 yards south of the LA final at about 3,000 feet, 10 mile final.”
Jet Blue 23: “Jet Blue 23, we heard and we are definitely looking.”

Another pilot chimed in: “Only in LA.” 😊

At the time of the sighting, it was still light with plenty of visibility. There are a number of jetpack-like models out there on the market, but all have very limited range, and so some reports have suggested this was possibly some sort of drone that was made to look like a jetpack. Or a small helicopter. Or a flying car. Or some guy in a lawn chair with helium balloons tied to it (ok, probably not this one!)

Regardless of the specific technology, this incident is concerning – particularly given that the airspace around LAX is some of the busiest in the US, and that the craft was flying at the same altitude as the aircraft as it was making its approach to the airport. The FAA has reportedly referred the incident over to the LAPD for investigation.

Yves “Jetman” Rossi hasn’t accounted-for-his-whereabouts-on-the-night-of-the-crime yet. But we can probably rule him out, as his flights normally take place in highly controlled environments and in airspace clear of any other traffic. LAX really isn’t his scene – he prefers the Swiss Alps.