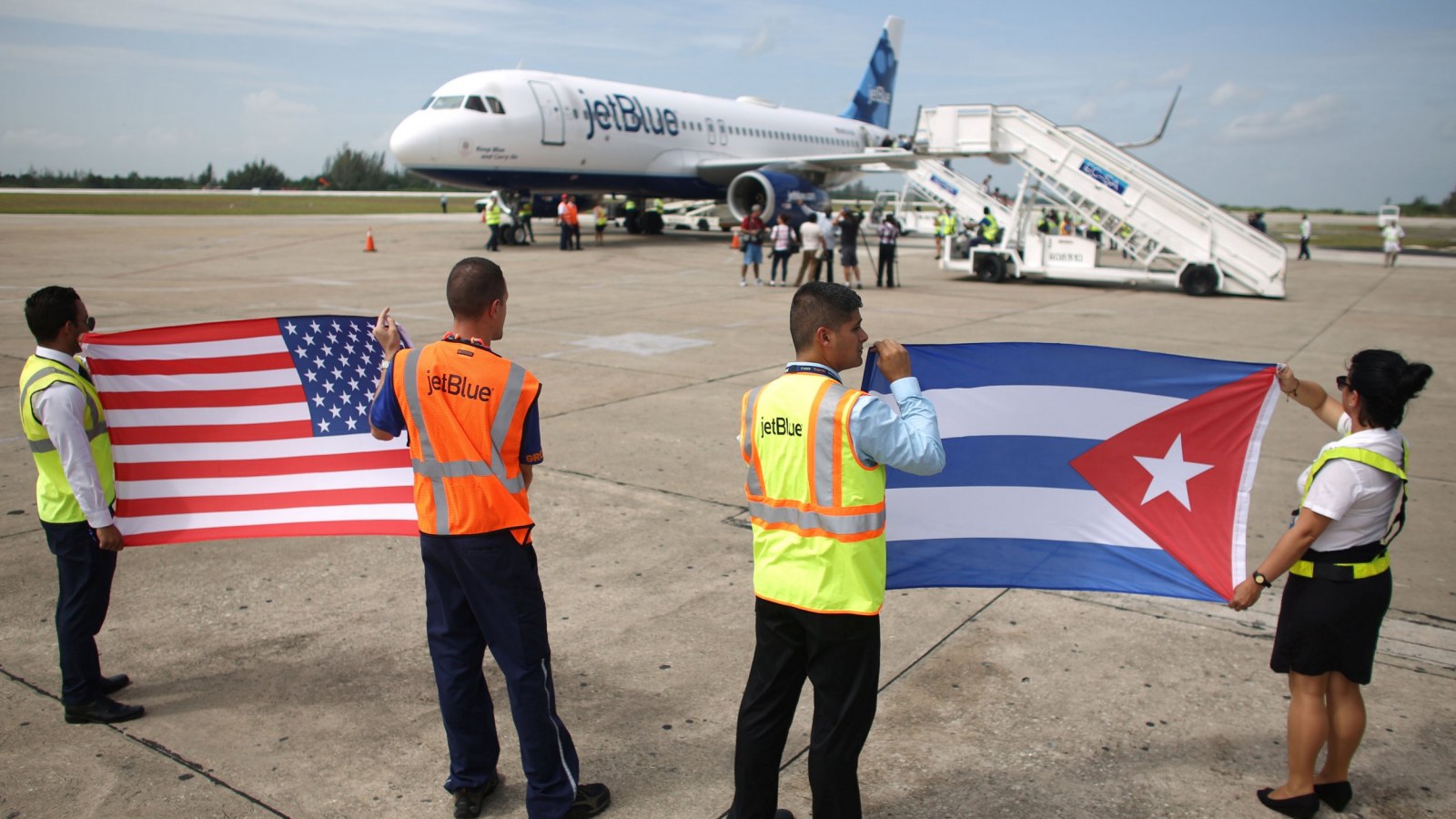 
The U.S. has announced it will suspend scheduled flights to all airports in Cuba except for MUHA/Havana, in another attempt to limit cash flows going to the Cuban government. The affected airlines, including American, Delta and JetBlue, now have 45 days to wrap up their operations to those other destinations in Cuba, before the ban goes into effect on Dec 10.

This does not apply to Part 135 non-scheduled charter flights – these are still allowed to operate from the U.S. to any international airport in Cuba. However, it’s still a tricky business to operate these flights and stay within the rules. Policies introduced by the Office of Foreign Asset Control (OFAC) in 2017 mean that there are only a handful of categories of permitted travel between the US and Cuba.

As for Part 91 private flights from the U.S. to Cuba, these have been completely banned since June 2019. This was a policy introduced by the US Bureau of Industry and Security (BIS), which meant that U.S. operators could no longer operate an N-reg aircraft privately to Cuba for any reason – it doesn’t matter if your passengers meet OFAC’s “permitted categories of travel” or not, it’s a no-go.

For non-U.S. operators traveling to Cuba from anywhere other than U.S. territory, it should be a doddle. Get a landing permit, arrange your ground handling, file your flight plan, and off you go. Check out our article for more info.

If you’re headed to Cuba — even to MUHA/Havana — you should double-check with your insurance provider about your coverage. We received the following report, which suggests that with the new U.S. sanctions, many U.S. operators may no longer be covered:

“Being the insurance director of an Airline, I’m having the dilemma whether the insurance would cover any damages/losses/injuries may have occurred during Cuba flights. Because, when I raised the question, insurers simply replied with an aviation clause called AVN111/AVN111(R) which says insurers would verify each individual case with relevant sanction authority (in this case, OFAC) and do their best to grant permission to reimburse the losses. It can easily take years to get resolved which essentially means there is no actual protection against losses”…

In principle, U.S. operators with an insurance policy from a non-U.S. based insurer can get insurance cover for Cuban ops. However, in practice it may not be possible to even purchase this, as lots of these policies are underwritten by U.S. based insurers – especially for higher policy limits.