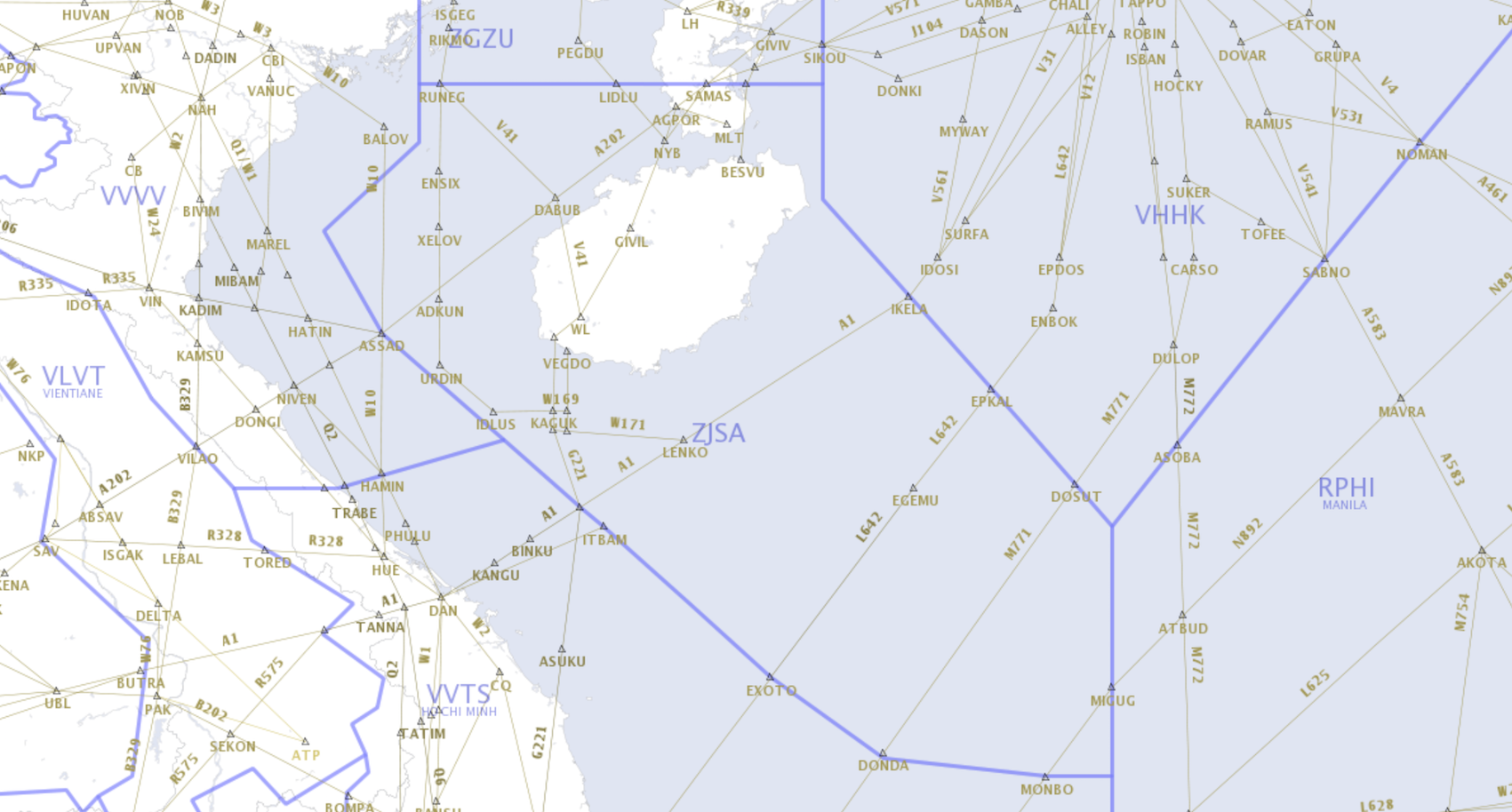 That kind of makes sense, as A202 is the only airway right up there at the very top of the Sanya FIR, cutting across Sanya’s landmass, and connecting the VVVV/Hanoi FIR with the ZGZU/Guangzhou FIR. All the other airways are out over the ocean, down to the South of the Sanya FIR, and not going anywhere near the Chinese mainland.

So if you want to operate on A202, you’ll need a China overflight permit. Technically, you’re supposed to submit your request to the CAA by AFTN to: ZBBBZGZX, ZGGGZBZX and ZJSYZRZX, 3 days in advance. However, unless you’ve done it before and you know what you’re doing, we suggest you just use an agent instead – dealing with the Chinese authorities direct can often be a misery.

Regardless of which airway you use, if you’re flying on a call sign, remember to put down the aircraft reg in Field 18 of the flight plan, and fill the accumulated EET to the Sanya FIR. Also, if you’re flying on L642, M771 or N892, you’ve got to be RNP10 approved, otherwise you’ll have to stay below FL280.