Reports this week of two Tu-95 Russian bombers being intercepted by US F22 fighters off the coast of Alaska. 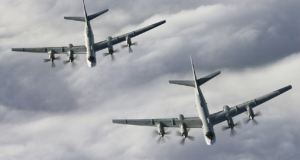 The Tu-95 bombers were flying in the Air Defense Identification Zone in the Bering Sea north of the Aleutian Islands, where they were visually identified and shadowed by the U.S. jets at 10 a.m., said Navy Capt. Scott Miller, a North American Aerospace Defense Command spokesman.

The bombers did not enter North American sovereign airspace, he said in a statement. Miller declined to say how close the bombers came to U.S. land. Some outlets reported they flew as close as 55 miles off Alaska’s west coast. 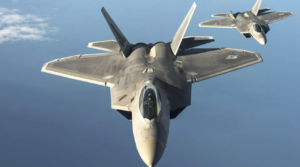 Friday’s encounter was the first of its kind in just more than a year, Miller said. A similar incident occurred off Alaskan waters in April 2017 in what U.S. officials have described as routine if not tense encounters between adversarial aircraft where territorial lines meet.

The ADIZ extends about 200 miles off the Alaskan coast and is mostly international airspace, Miller said, though Russian military activity will often prompt an in-kind response for U.S. warplanes. Intercepts in the zone occurred about 60 times from 2007 to 2017, The New York Times reported last year. 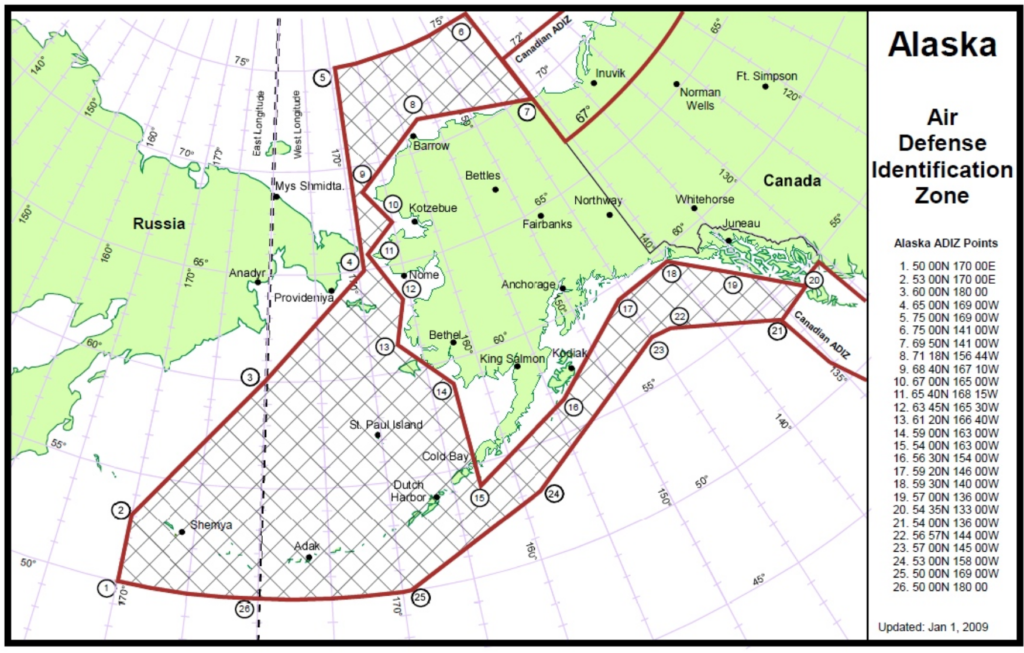