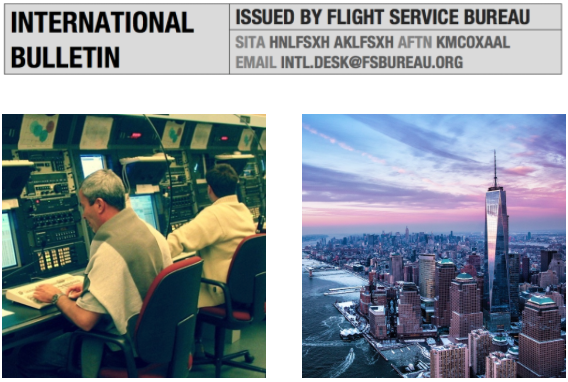 New US Entry Requirements 29JUN The US has updated entry processing through ESTA (the online visa system for countries using the Visa Waiver Program). Read the article.

LTBA/Istanbul has reopened to traffic after a terrorist attack on 28JUN. 40 people were killed in a series of explosions and gunfire at the International terminal on Tuesday evening.

UMZZ/Belarus will undergo a re-evaluation of its currency and banks will be closed to the public between 30JUN and 01JUL, if operating to Minsk you should ensure you have sufficient cash available for those days.

EGZZ/UK Much has been written about Britain’s departure from Europe this week (and we’re talking Brexit, not football), but if you’re having trouble figuring out how this will affect you as an operator, that might be because it won’t. Read the article.

VHHH/Hong Kong The CAD issued a reminder to operators this week that the airport is under strain, and slots issued must be strictly adhered to. It would seem that the Slot Adherence procedure issued earlier in the year isn’t really working. Any local operators have feedback? Let us know.

EFRO/Rovaniemi has no Jet A1 available from until July.

LPPS/Porto Santo is also out of Jet A1 until 01JUL.

AYZZ/Papua New Guinea Reports of civil unrest, student demonstrations across Papua New Guinea started in May 2016 and are ongoing. There have been violent clashes between students, other groups and the police in Port Moresby, Lae and the Highlands.

PWAK/Wake Island has advised its High Loader is out of action until later in the year, so for large aircraft like B767 upwards, no offload capability exists for cargo.

EGZZ/Scotland (Will we need a new ICAO code soon?) Glasgow ATC – at both EGPK and EGPF – has sporadic closures overnight at present due to staffing issues. Keep an eye on Notams.

WAAF/Ujung Pandang has some radar outages affecting high-level overflights, optimum levels may not be available.

LIZZ/Italy We have been notified of possible ATC industrial action on 23JUL which was previously scheduled on 05JUL. Details and participation of relevant ACCs are as follows: National strike (ACCs and airports) 0800-1600 UTC. Local strike at LIRA – Ciampino 0800-1600 UTC.

LEZZ/Spain There was a strike threatened by Apron Controllers at LEMD/Madrid but that was cancelled on Monday.

LPZZ/Portugal The seven unions of NAV Portugal sent a pre-notice for an industrial action for ATC and non-ATC personnel, during two hours daily on: 30JUN and 8/15/22/29JUL.

KATL/Atlanta Upgrades on the airport have officially started, which will include a new runway, concourse and hotel.