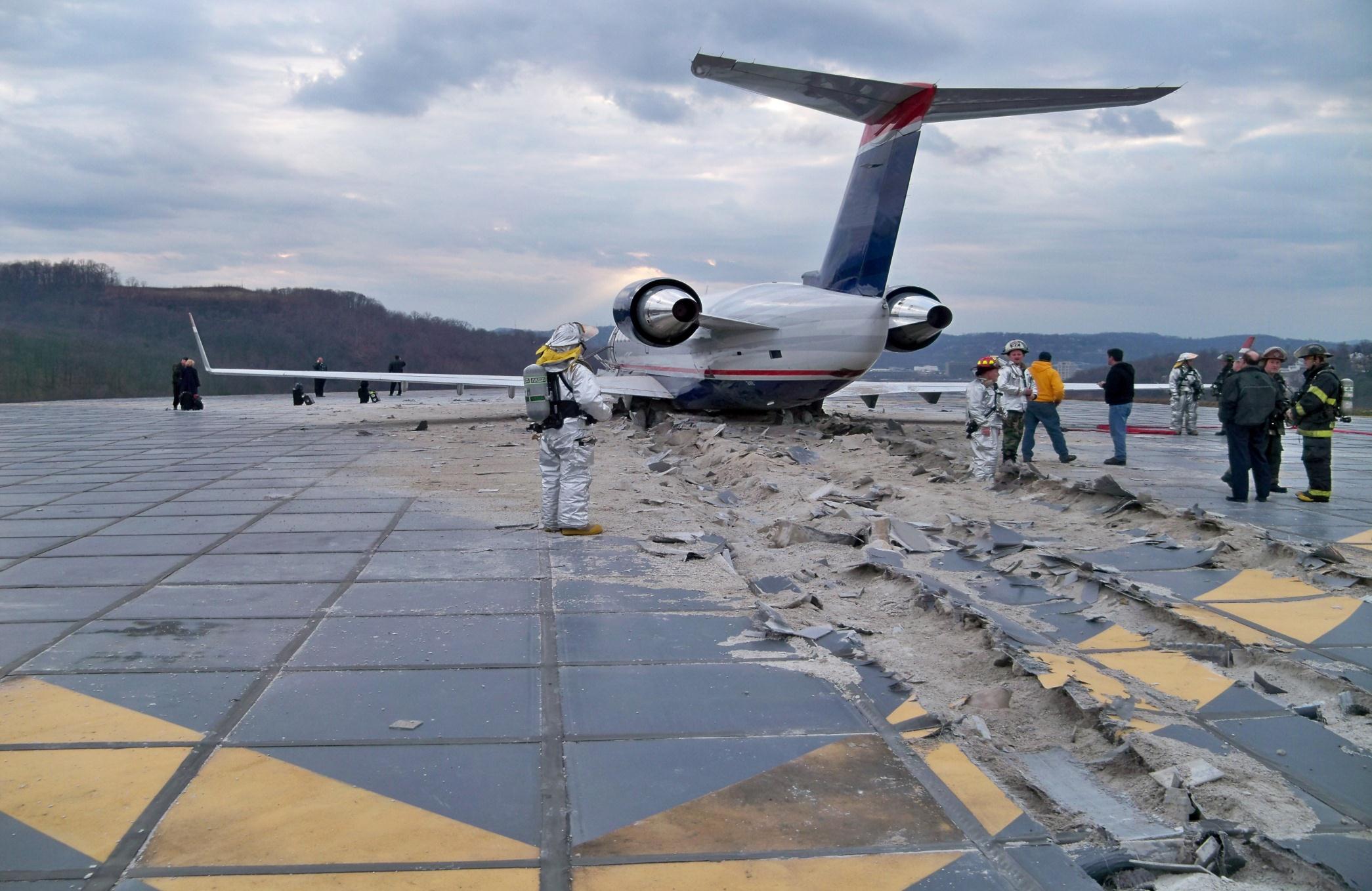 Every time we open up those thrust levers and accelerate down a runway there is a risk that something will go wrong and that we will need to stop again. Which is why we brief before every departure.

But they are also pretty rare. One study found that they happen on average once in every two thousand take-offs. For a long-haul pilot that’s about one every twenty-five years, and for short-haul folks once every four years. And of those RTOs, ninety percent happen below 100 kts. So when they happen at speed they are usually accompanied with a healthy serving of startle factor.

Common sense and physics tells us that the faster we go, the more dangerous it becomes to reject, rather than get airborne. Once we hit V1 we go, because there may not be enough of the hard stuff in front of us to stop anymore. The problem is that reports continue to tell us that avoidable accidents are happening because crew are still rejecting take-offs above V1. Which poses an important question: why?

There is no simple answer. But accident and incident reports may hold some clues…

The Real World is Different

The vast majority of high speed RTOs we practice in the sim are related to engine problems. Failures, flame-outs, bird ingestion, compressor stalls. Those sorts of fun things. They are generally easier to identify and illicit a strong and confident decision to reject the take-off.

But here’s the kicker: Most high speed RTO’s are not caused by engine problems.

In fact historically, less than quarter of them are. Which means when something unexpected happens that we haven’t seen before, the Go/No-Go Decision suddenly becomes a lot more difficult.

Here are some of the other leading causes:

A lot can go wrong and the process of detecting, deciding and acting takes time. At high speeds close to V1 this is a problem. Here’s why… 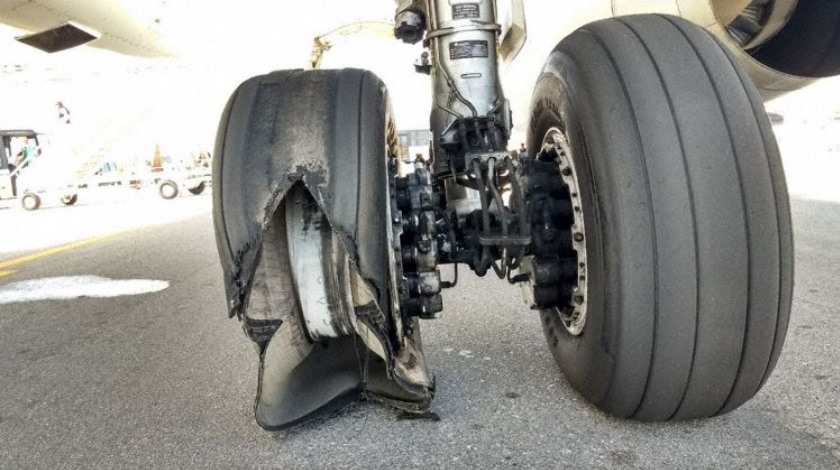 Tire failure – one of the leading causes of high speed RTOs

V1 is not a Decision Speed

V1 has been redefined a number of times over the years and has ultimately ended up with the current FAA definition:

I know what you’re thinking – that’s a lot of words. Which is why it is still casually referred to as ‘take off decision speed.’ It just rolls off the tongue better. But hidden amongst all those words is this key concept – by the time you reach V1, the decision must have already been made and the first action taken.

Here is an easier way to put it: V1 is the end of the go/no-go decision making process, not the beginning.

It may seem like a technicality, but it’s not. It has been shown that with a balanced field length, if an RTO is initiated just two seconds after V1 an aircraft will exit the end of the runway at between 50 and 70kts. On average it takes pilots between 2-4 seconds to react. In other words, time is critical.

By V1, the decision needs to be made. Courtesy: Airbus

But there’s more to it than that. What does ‘unsafe to fly’ actually mean?

We know that the faster we’re going, the more dangerous it is to stop. Which is why we become ‘go-minded’ at higher speeds (usually above 80 or 100kts). It is in our efforts to embrace this go-mindedness that we have adopted the philosophy that there are four things that could trigger a high speed abort: engine failure, engine fire, windshear or an unsafe condition. Makes sense right? We brief them every sector.

But what constitutes an unsafe condition? Or in other words, what are the signs that an airplane is unable to fly?

Accident reports show that pilots are having difficulty recognising these conditions and that is leading them to stop above V1 when it would be safer to go. They often interpret anomalies (like a tire blow out) as events that threaten the safety of the flight and decide to reject at any speed. The overrun of a Learjet departing KCAE/Columbia Metro in 2008 serves as a tragic example.

In fact one study found that almost half of all high speed rejected take-offs were the wrong decision. That’s a startling statistic.

And to make matters worse, sometimes it is the right decision as the accident of an MD-83 in 2017 certainly proved. 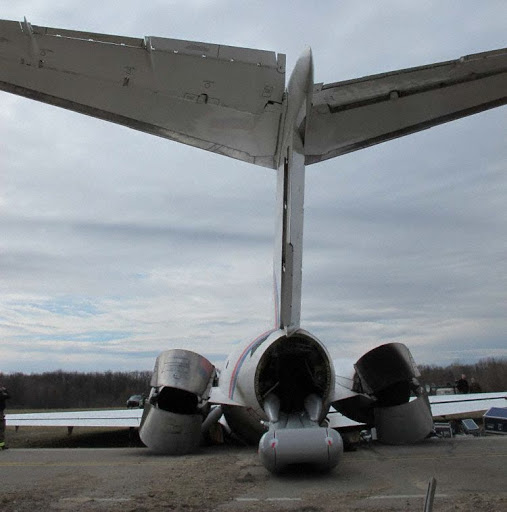 Sometimes the decision to reject above V1 can be the right one too.

Go/No Go – if only it was as straight forward as it sounds. From a pilot’s perspective, it is difficult to make the right decision. Given any number of failures, the incredibly short timespan we have to make the decision and the lack of information at hand, it’s no wonder that that not all rejected take-offs go to plan.

But there is still room for improvement if we continue to train for them and brief them using lessons learned from accidents past.

The Joint Industry/FAA Takeoff Safety Training Aid was published in 1993 as a guide to pilots and operators on how reduce the number of RTO related accidents and improve the outcome of go/no-go decisions. We still widely use those same principles today. There were four key takeaways identified from accident reports which might prove as a decent starting point:

It may be unrealistic to think that we can get rid of RTO related accidents entirely. But with more training and a focus on what is going wrong out there we can certainly work toward keeping everyone safer on the roll.