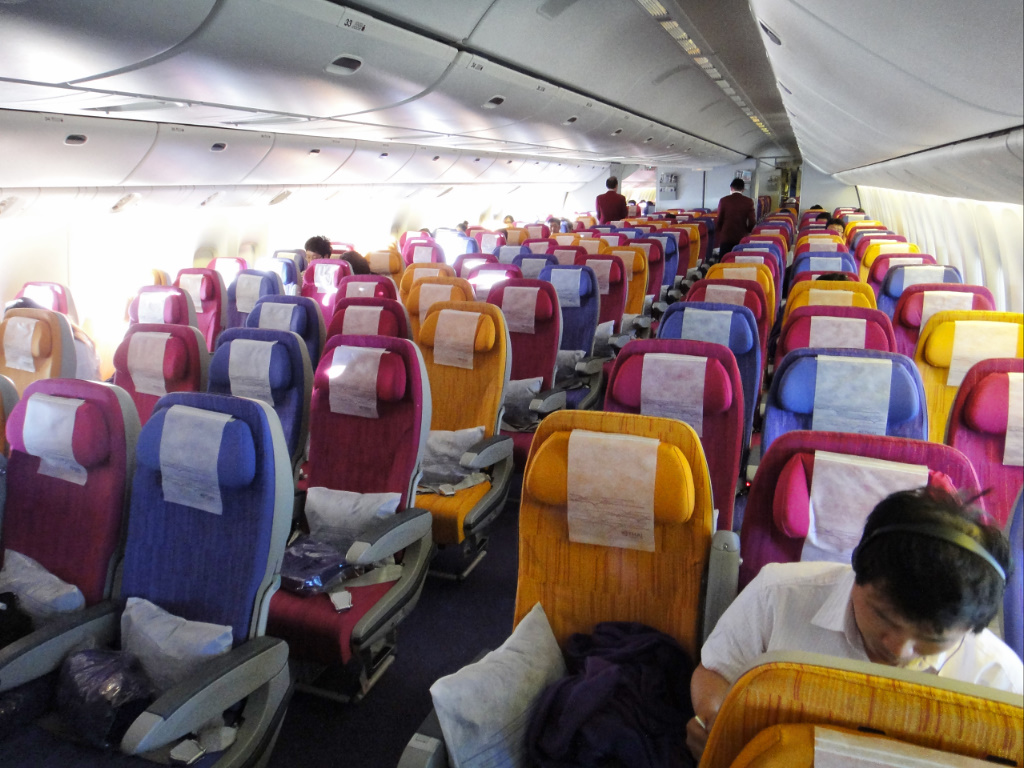 The European Commission has announced it will temporarily suspend rules enforcing airlines to use their take-off and landing slots for at least 80% of the time, as flight schedules around the world have been significantly reduced in recent weeks due to coronavirus concerns.

Ursula Von der Leyen, president of the European Commission, said the suspension of the rule would do away with so-called “ghost flights” where airlines fly almost empty planes simply to keep their slots:

“The Commission will put forward, very rapidly, legislation… We want to make it easier for airlines to keep their airport slot even if they do not operate flights in those slots because of the declining traffic. This temporary measure helps our industry but it also helps our environment. It will relieve the pressure on aviation industry and in particular on smaller airline companies.”

The EU chief did not say how long the suspension of the rule would last.

Over the past few weeks, several airlines and industry bodies, including Virgin Atlantic, British Airways, Lufthansa, easyJet, and IATA, had raised concerns over the current slot rule, which stipulates that if an operator cannot keep suing their slots at congested airports at least 80% of the time then this slot could be reassigned to a competitor airline in the future.

“Passenger demand for air travel has dramatically fallen due to Covid-19 and in some instances, we are being forced to fly almost empty planes or lose our valuable slots”, said Virgin Atlantic CEO Shai Weiss, according to the BBC. 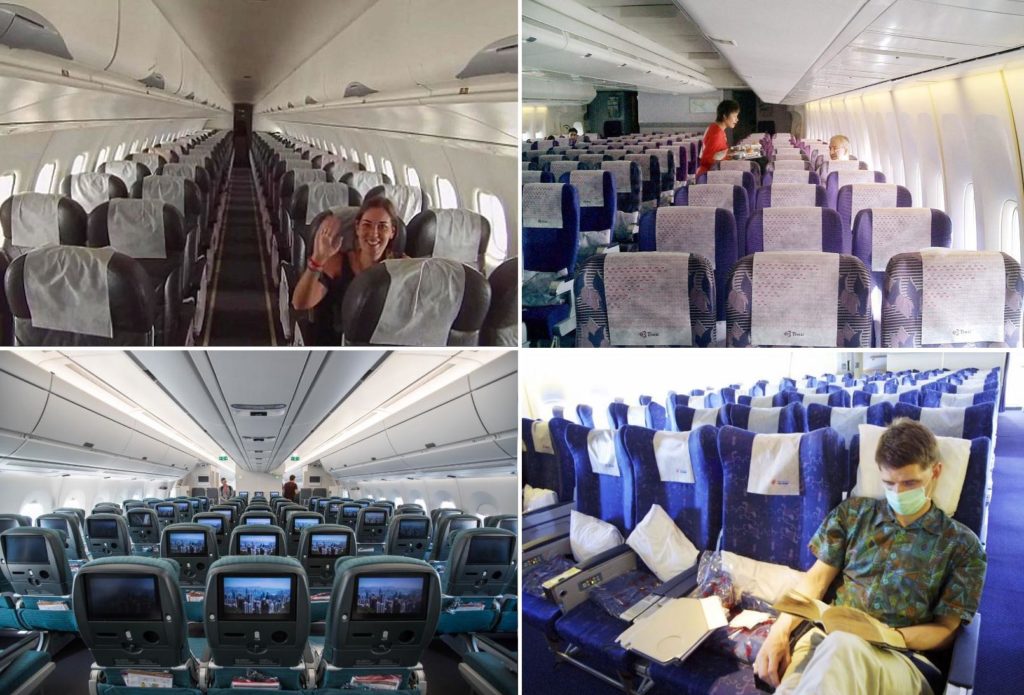 IATA has been petitioning aviation regulators worldwide since early March, requesting that slot-usage rules be suspended immediately. And the UK’s Transport Secretary Grant Shapps even got involved this week, writing to Airport Coordination Limited asking for the rules to be suspended: 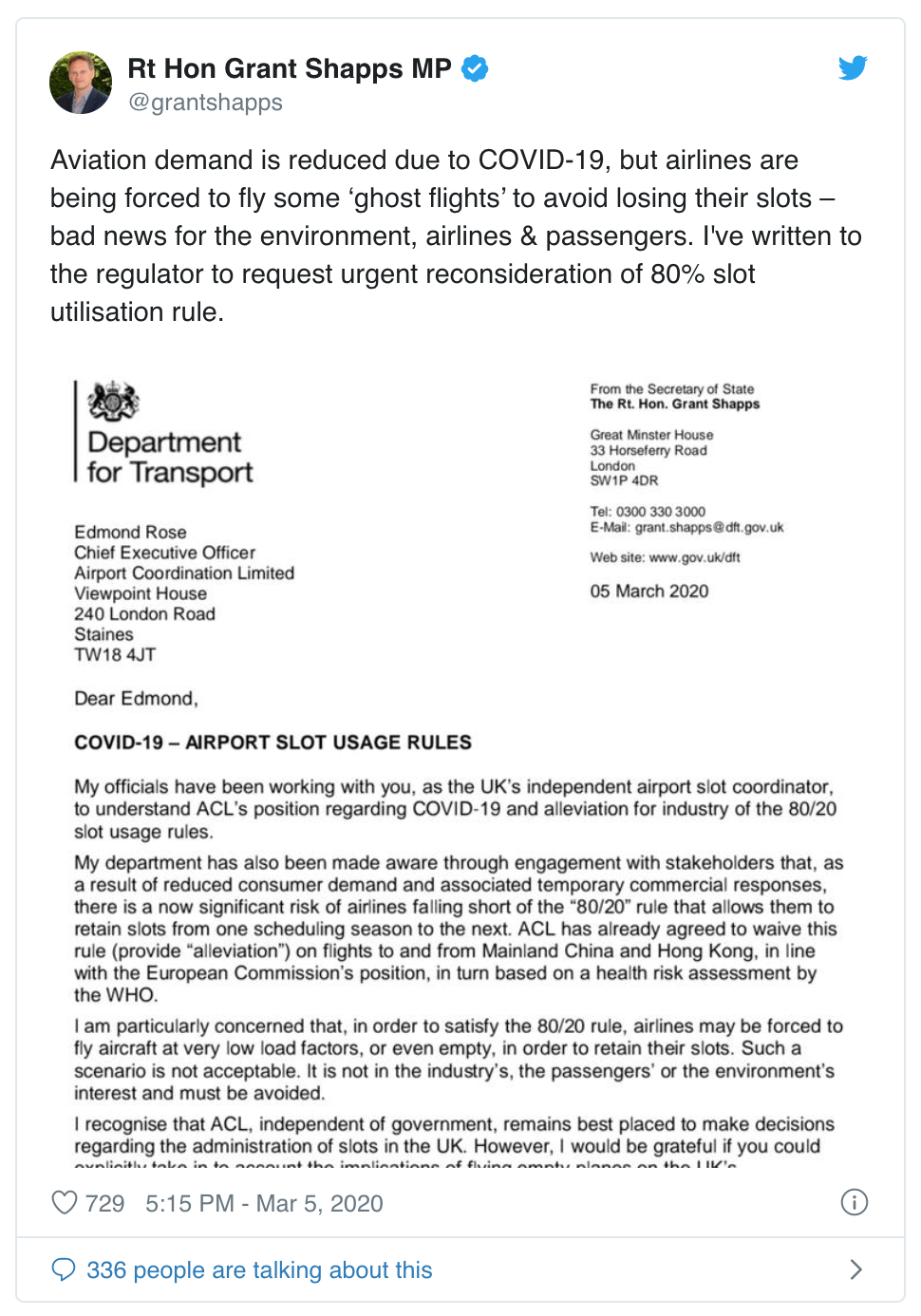 For the airlines, some of whom have been forced to cut their schedules by as much as 50% in recent weeks, this new announcement will provide some welcome relief, as they will now be able to cut flights to and from regions most affected by the coronavirus. The rules were relaxed in the past following the SARs outbreak in 2003 and after the 9/11 attacks.

In related news, Hong Kong Airport has also announced it will be suspending its “use-it-or-lose-it” slot rule will until the end of October, allowing airlines to announce cuts to their schedules through the summer period. So, good news for them, but also for GA/BA operators, as the overall reduction in traffic will mean that a lot more slots will now become available.