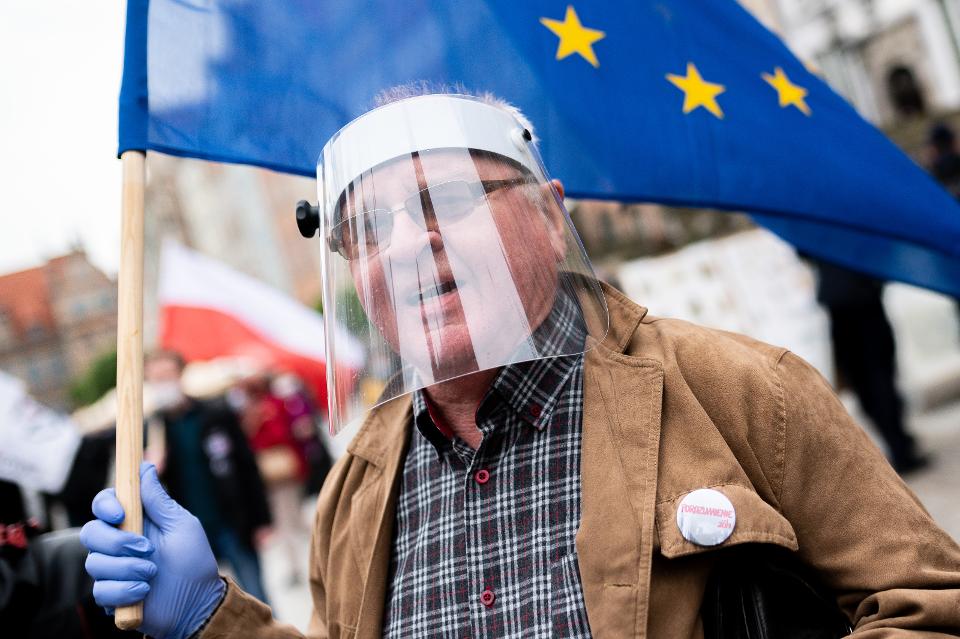 The European Union has published the list of countries whose citizens will start to be gradually allowed to visit the bloc from July 1: Algeria, Australia, Canada, Georgia, Japan, Montenegro, Morocco, New Zealand, Rwanda, Serbia, South Korea, Thailand, Tunisia, Uruguay and China, provided that China offers a reciprocal deal for EU travellers. The UK and the four Schengen Associated States – Switzerland, Iceland, Liechtenstein and Norway – are automatically included on the list.

The list will be reviewed every two weeks, and countries could be added or removed depending on their local infection rate. To qualify for the list, the EU said that countries should have a similar number of Covid cases to those in European countries over the last 14 days and have a stable or decreasing trend in the number of infections. So it may be some time before passengers from the worst affected countries – such as the US – will be able to travel to Europe without restrictions.

However, the ban is based on residency – not citizenship. So someone arriving from a non-listed country, such as the US, may be allowed to enter Europe if they are residents in one of the countries on the approved list. On the flip side, citizens of approved countries who reside in the US may not be allowed entry.

It’s also up to each EU member state to decide how to implement this new list, so we will likely see some variation in the specific rules each country puts in place. We’ve already seen this with Italy, who have said they will maintain 2-week quarantine rules for passengers arriving from any of the 14 listed countries, even if they have passed through another EU country on their way to Italy.

Only certain types of travel from non-listed countries will be allowed – flight crew and transit passengers are exempt, along with health care workers, diplomats, humanitarian workers, asylum seekers, students, as well as “passengers traveling for imperative family reasons” and foreign workers whose employment in Europe is deemed essential. For the full list of exemptions, check out Annex II in the official announcement from the EU here.

Restrictions on travel within Europe have been gradually easing throughout June, but it can still be tough trying to work out exactly what each European country’s rules are for inbound travel. Some countries have re-opened their borders to other EU states, while others have only partially reopened to travellers from certain places. Some have quarantines for inbound passengers, some don’t. Some have tried to create closed travel “bubbles” or “corridors” between certain countries.

Fortunately, the EU’s tech team have created a simple tool for us to check exactly what travel rules are currently in place for each European country – check it out.

Select a country from the list, a map opens, and hey presto, it will tell you what the restrictions are for travel from another EU country: 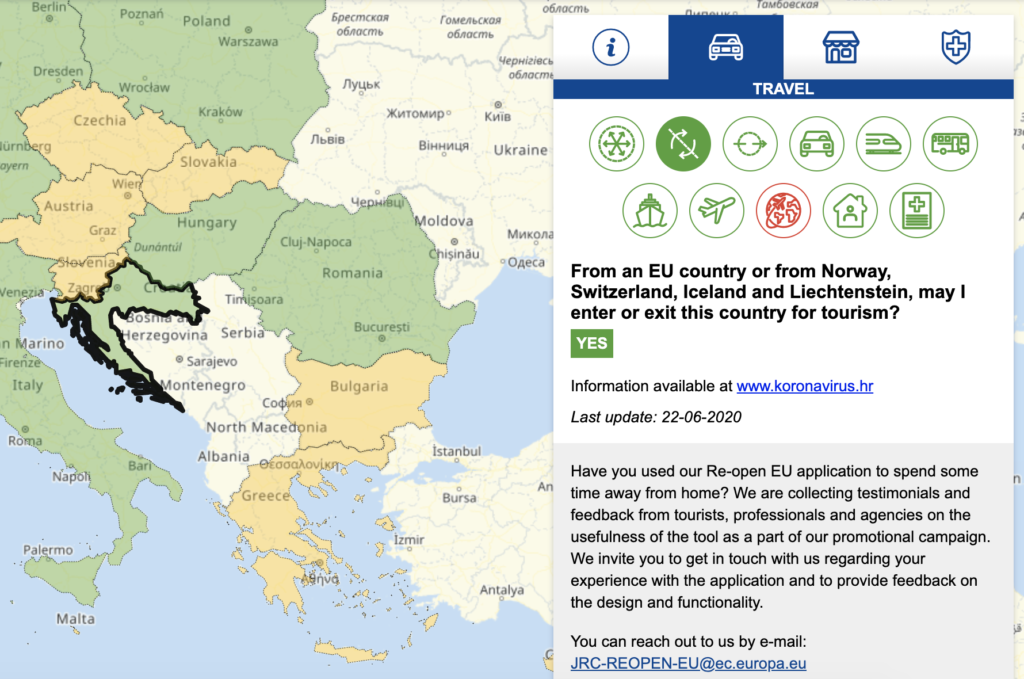 Click on the little red globe icon, and it will tell you what the restrictions are for travelling into that country from outside the EU. (Expect this info to get updated in early July as various different European countries publish their own restrictions based on the EU’s “safe list”): 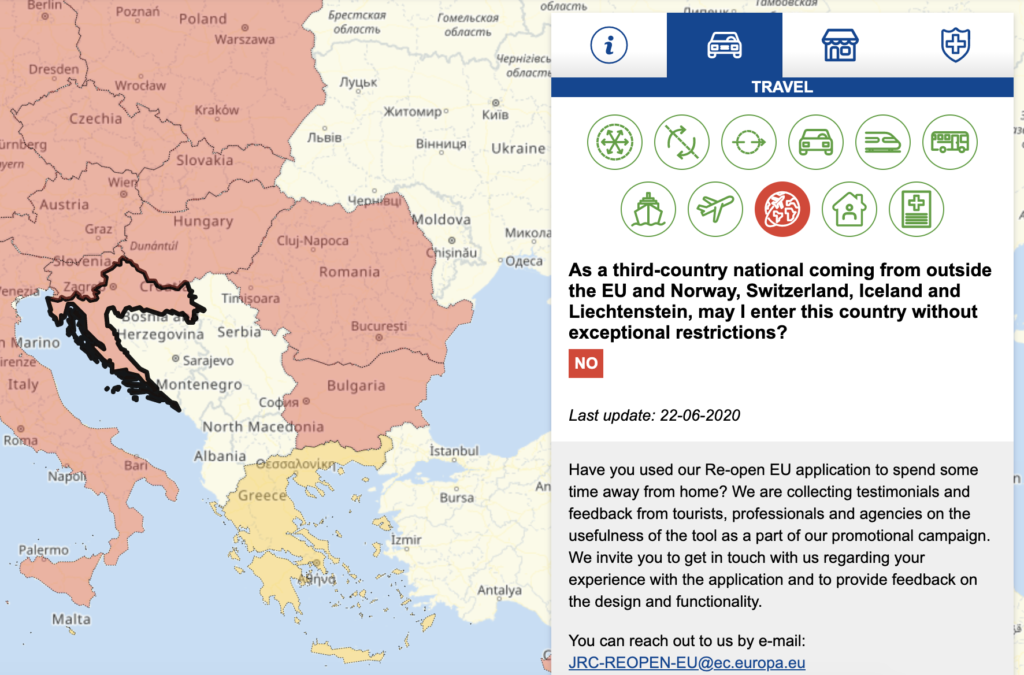 There’s a bunch of additional info available through the different tabs and icons – have a play around.

For more info on the latest travel and flight restrictions, OPSGROUP members can check the ops-alerts channel in Slack.

The US still has its own restrictions in place on inbound travel. There’s a long list of countries where passengers are not allowed to have travelled to within the past 14 days if they want to enter the US. This includes the European Schengen area, the UK and Ireland, mainland China, Iran, and Brazil. Passengers who have been in one of these countries in the past 14 days but are exempt from the restriction to enter the US (i.e. they are US residents or family members), are only able to land at one of 15 airports: ATL, BOS, ORD, DFW, DTW, HNL, LAX, MIA, JFK, EWR, SFO, SEA, IAD, FLL and IAH.