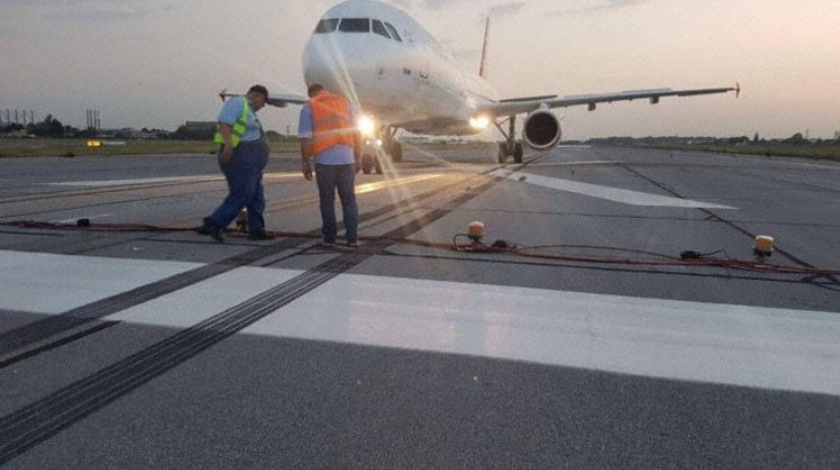 
A recurring theme at Bucharest, Romania: Runway 26R is shortened by about 1250m/4000 feet, and on Tuesday a Ryanair 737 became the second aircraft to run off the end in a couple of weeks: on June 22, a Turkish A321 did the same thing.

Word on the street is that there isn’t much in the Notams to remind you of this: there’s a (yawn) Trigger Notam pointing to an AIP Supplement that nobody will have on board:

Maybe a simple Notam that said …

… would be better? Of course, since we haven’t evolved to using ASCII yet in the Notam system, we can’t use exclamation marks or correct case, but you get the idea.

Either way, heads up when heading to LROP.